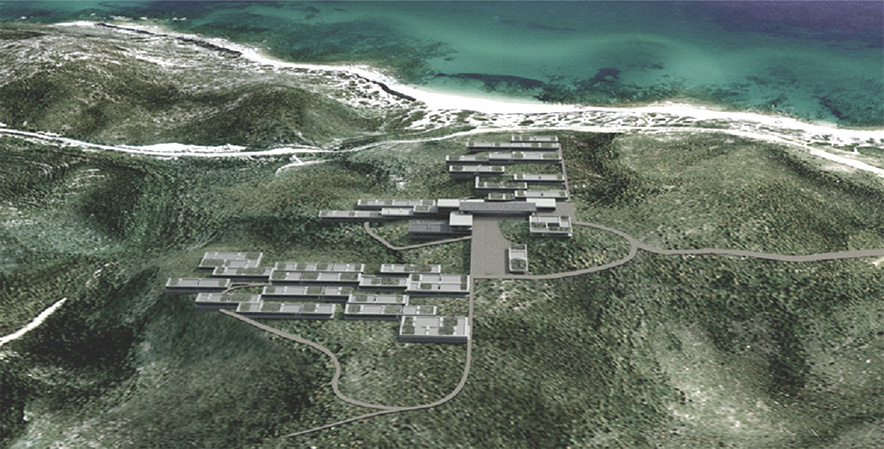 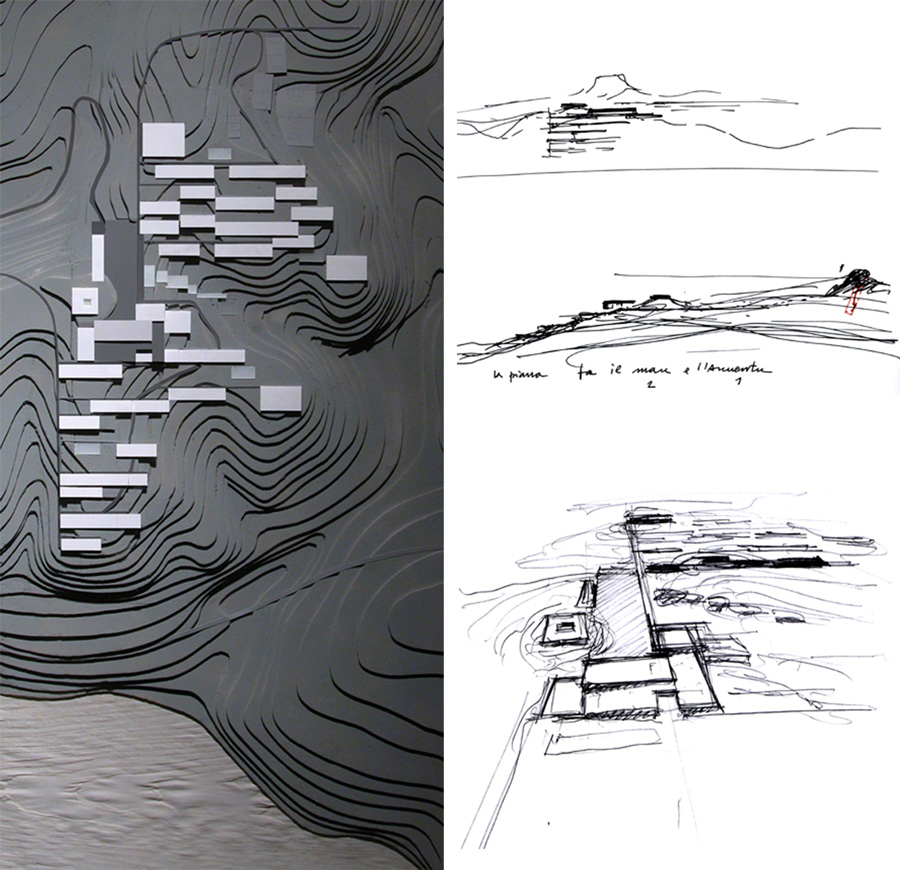 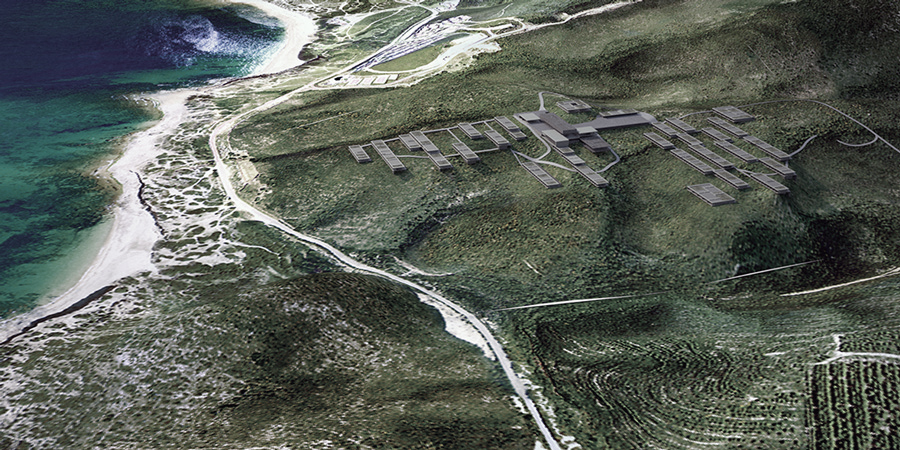 The built complex adapts to the hill, following the signs of the land; the surface of the headland receives within its folds a project that does not alter its configuration, but one organised organically according to the indications provided from time to time. The basic direction of the project is determined by the orographic orientation prevailing in the entire territory of Costa Verde. The project, in comparison with a site whose scale refers to the landscape as a whole and to the integrity of its geographical scope, assumes the topography as a matrix for the implantation of the architecture, establishing a balance between the built and the free natural surface.

The buildings parallel to the sea are oriented as to allow making a settlement on the hill, respecting the profile line of the hill, which arrives perpendicularly to the sea itself; it also enjoys the best views. The linear buildings of the rooms recline following both the cross section and the longitudinal directions of the existing terrain. The buildings are one floor, with a maximum height of 3.50 meters. The roofs, of almost the whole complex, are gardens covered with the same Mediterranean vegetation as the surrounding land and the distance between them and the different altitudes on which they are positioned, allow the continuity of the landscape to be more prevalent than the built.

All the architectural language of the Resort accepts a kind of “stratigraphy” of the land following the height curves. The materials provided for the construction will be those available in situ, to ensure a chromatic and material continuity between the landscape and the constructed: stone, concrete mixed with local aggregates, natural plasters derived from the area and dark wood. The place for the access of the Resort is provided to the portion of land where there is a natural platform being the main meeting place of the whole hotel, a leafy square with earth floor, from which branch off the main paths – always earth – which serve the various units. The internal circulation will be only by foot, bike or on the horseback and by a single shuttle service for longer and less accessible distances. On this long, wide empty space, from which you can look across the landscape towards the Arcuentu and towards the sea, insist the main buildings: the reception, the restaurant, spa and conference centre, some shops, and finally a small riding area and an agri-tourism centre from which to start the horse riding inland. In this kind of natural acropolis, a main building subordinates all others: a large roof, which does not interrupt the continuity of the open space but  divides the long square in a before and an after. It becomes a sort of shadowy cavity in which we imagine the Resort public life to unfold. Being a large outdoor room, it collects the immensity of the landscape to the east by framing the sea view to the west, reopened in its immensity after the smooth transition to the smaller square. 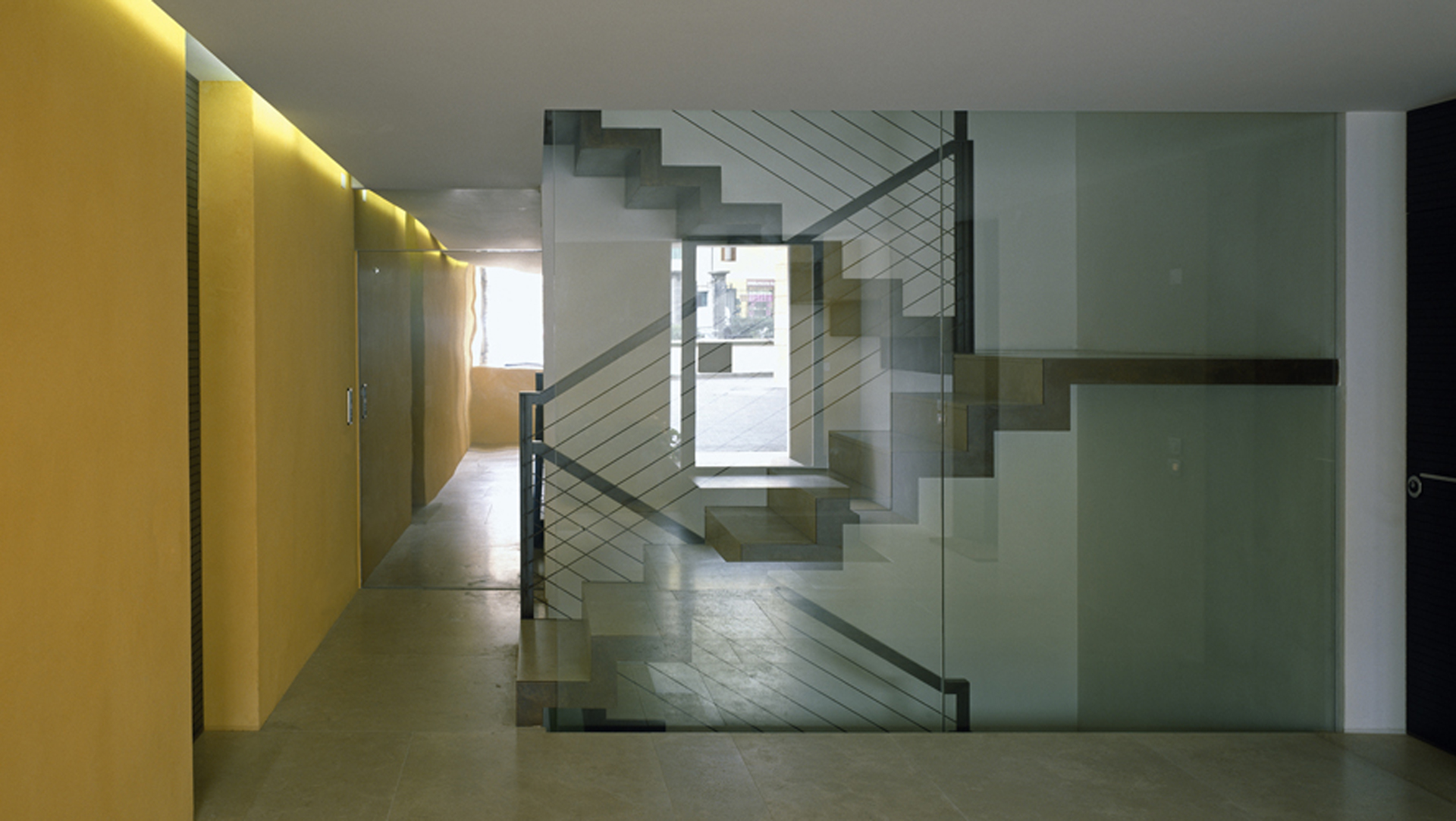