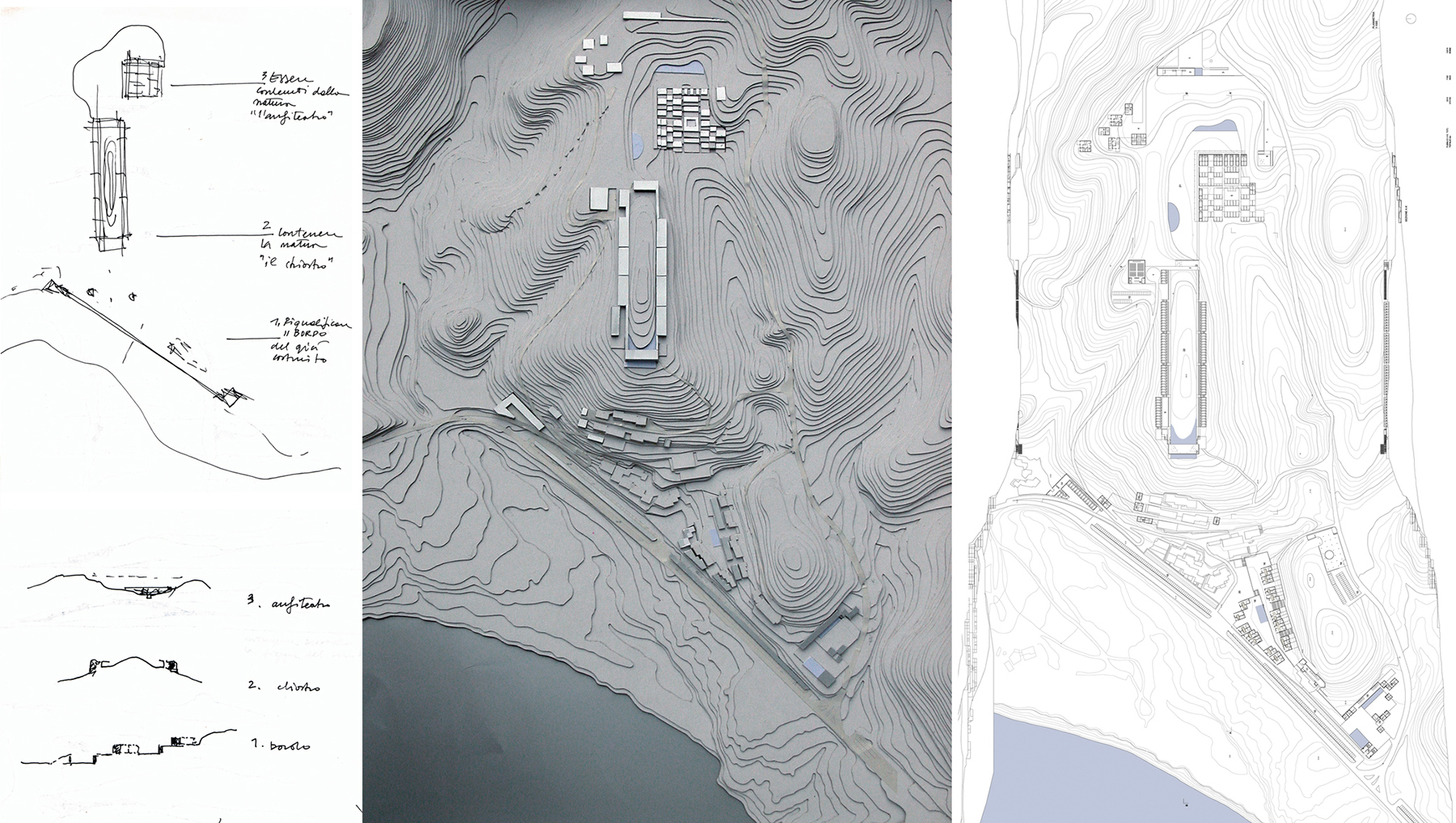 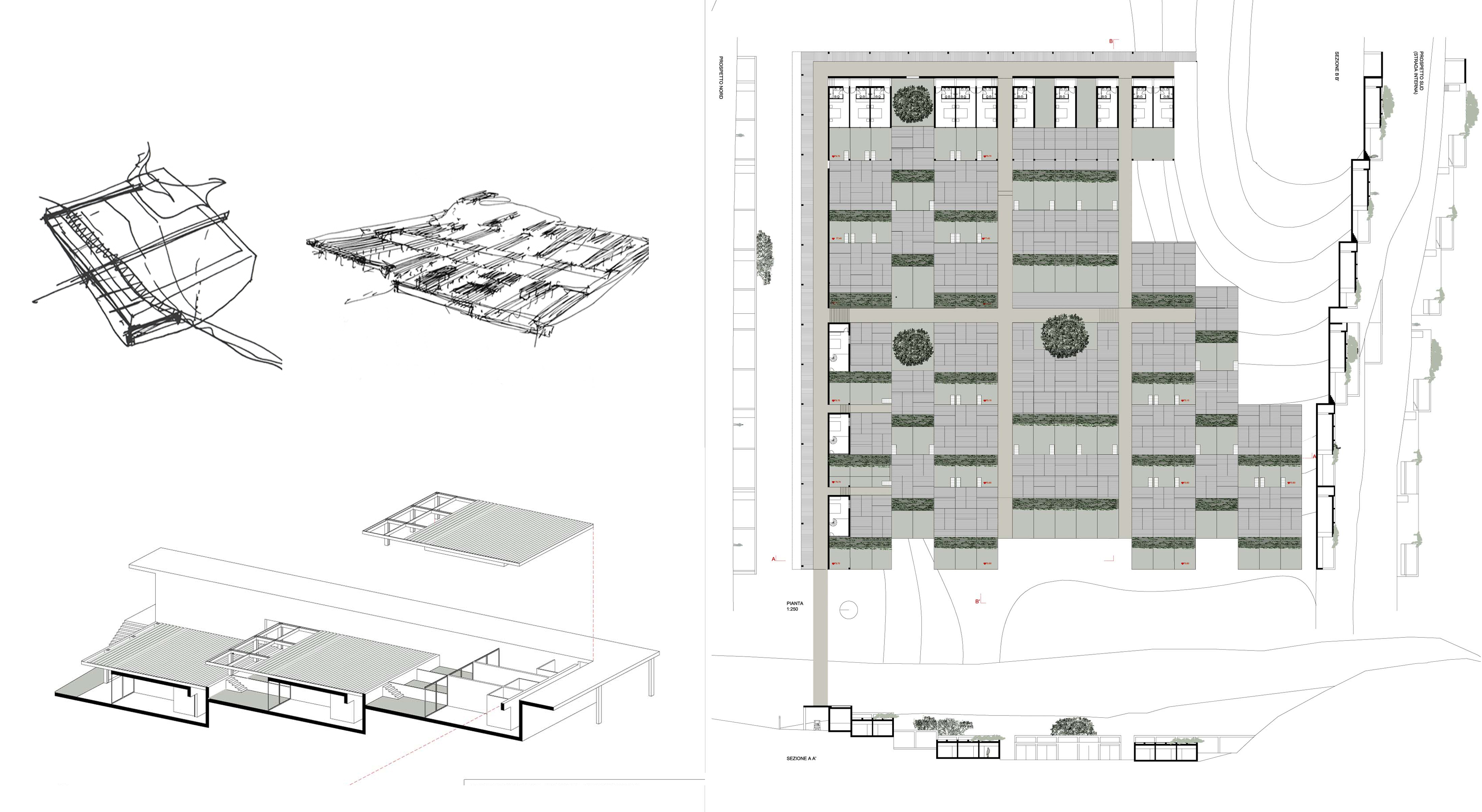 The existing building on Genna Moddizzi hill is being completed on its top by the construction of a new building that extends into the inside. The pavilion that concludes the built pyramid is a building that is shown “closed” to the west, supporting with its reduced volume the scale of an immense landscape: the profile of the coast seen from the sea.

Stretched between the sea and the Arcuentu, the open and natural space of the ridge becomes a void that organizes the life of the inhabitants of the rooms – as well as the cloister garden organizes the life of the monks in the Carthusian monasteries. The rooms repeat the famous elevation in the nearby mines: a simple, repetitive structure that is dimensioned with the depth possible depth of the slope, using as main materials stone and wood for the infill of the compartments. The roof uses the optimal exposure of the south-facing slope to position solar panels and make the entire complex energetically autonomous. The road traffic is minimized since the resort is meant to be used only by walking and with electric vehicles functioning as internal shuttles to avoid the emission of exhaust gases, as well as to not disturb the peace and quiet of the place. Indeed, the only new road is drawn to the north, where it joins the coast and the Pitzuamu road allowing a ring circulation between the new Resort, the part of the existing redeveloped and the sea. The pyramid shape of Genna Moddizzi hill outcrops on the coast line. 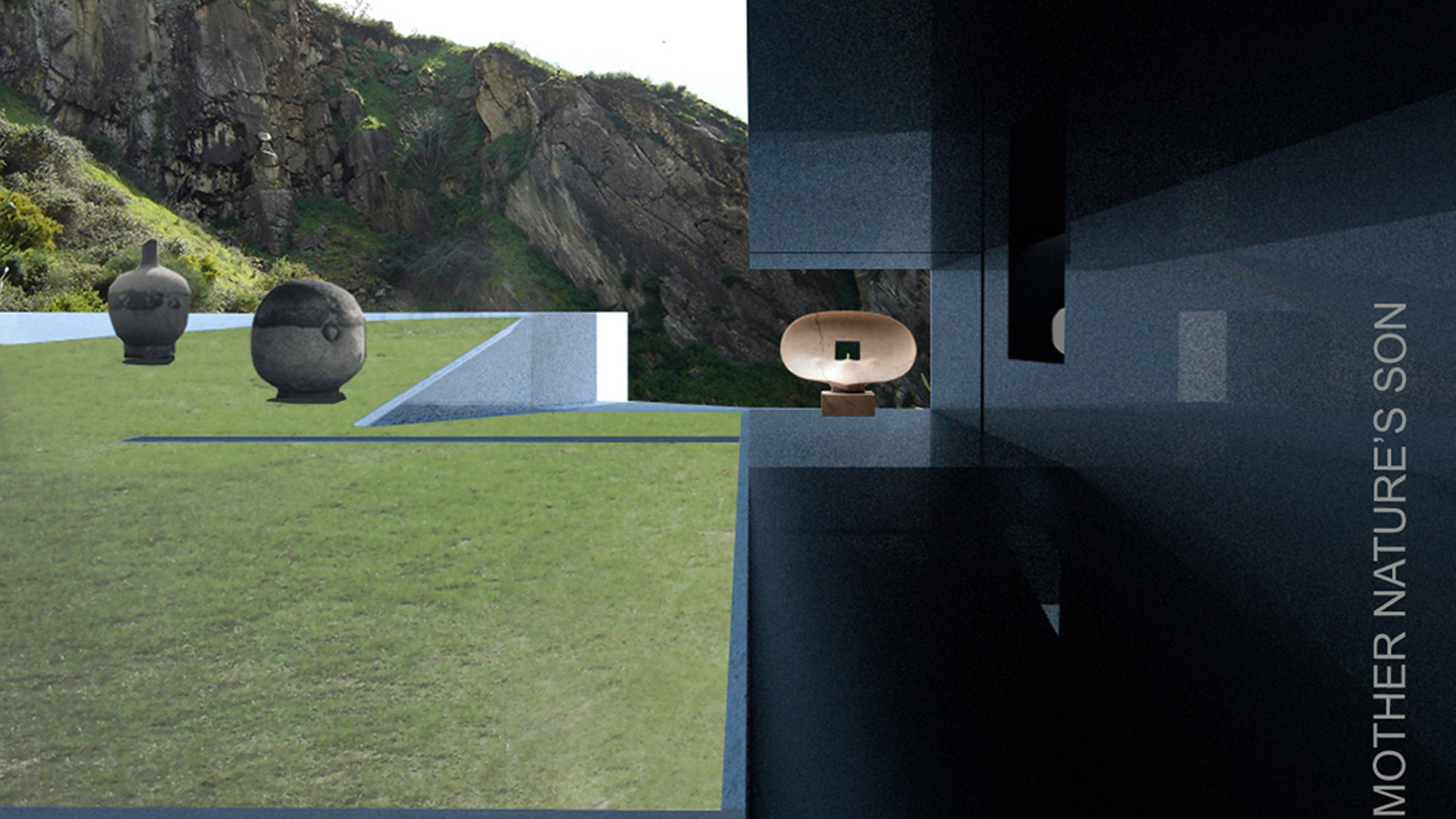