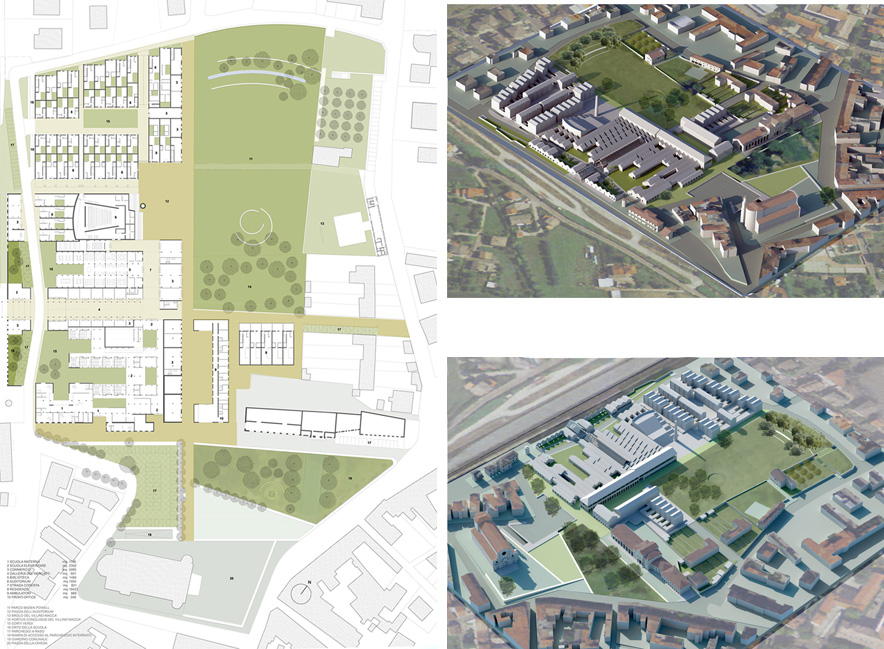 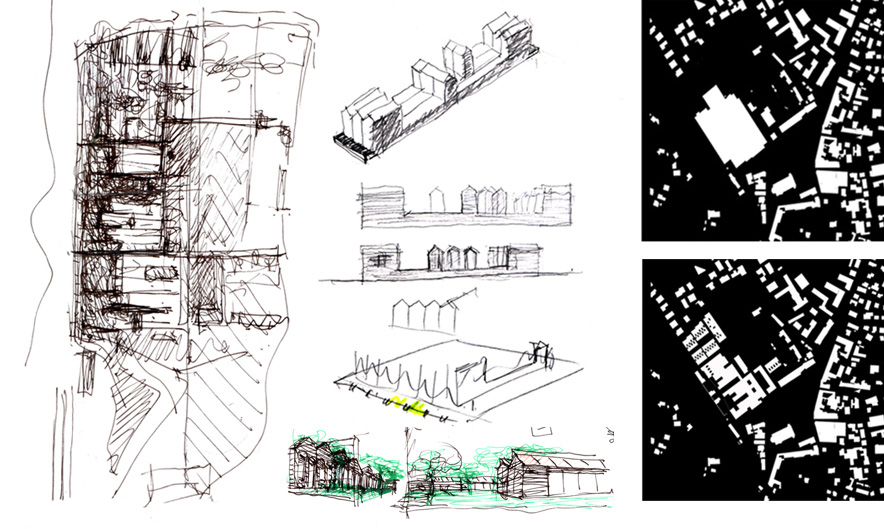 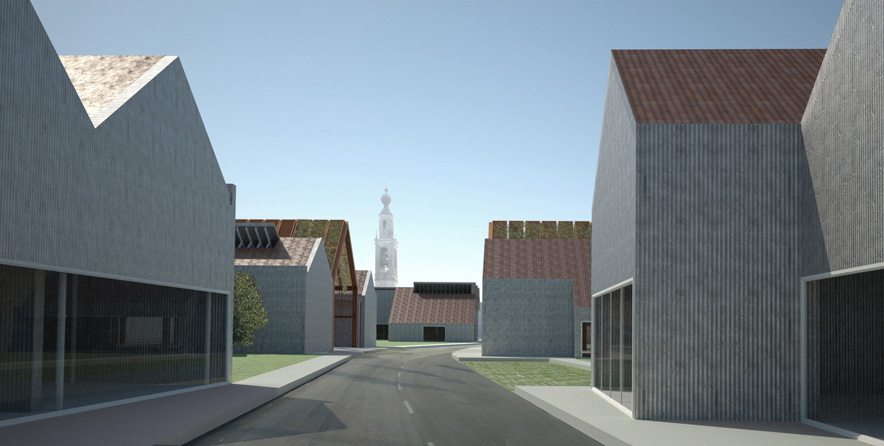 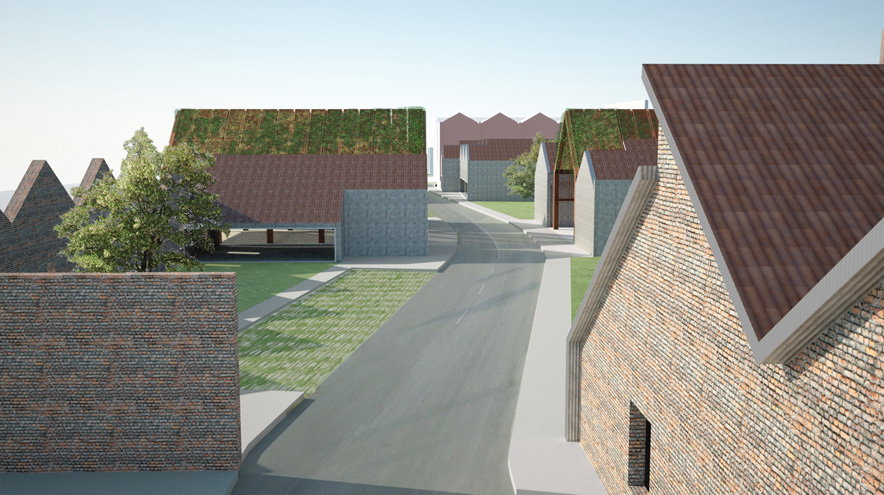 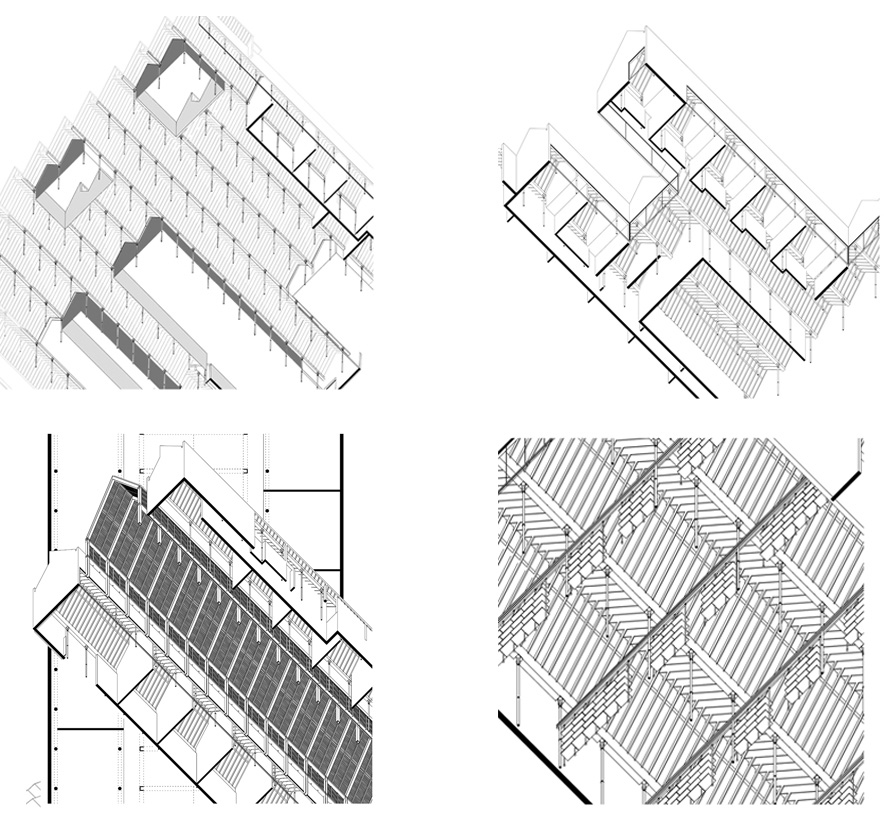 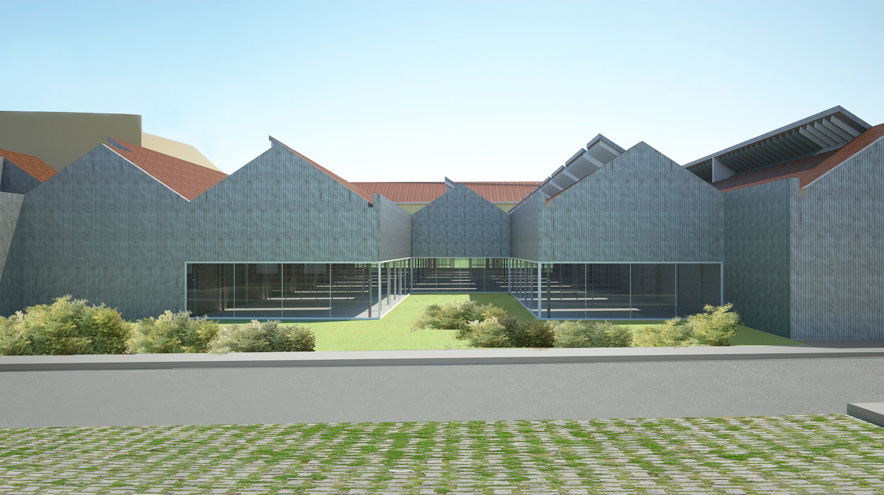 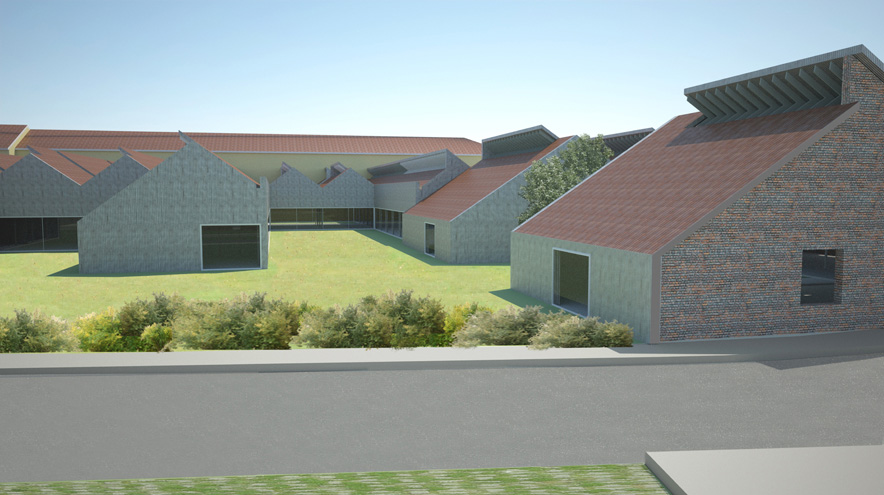 The mega-block relative to the area of the former Lanerossi has a great potential in the existing void in its interior: the project provides a continuous system of open spaces proportioning the necessary void in the factory transformed into a new urban fabric, where the outside rooms alternates to the fabric of the building.

The Green Theatre – at the northern limits of the park the land is raised to the altitude of 2 m 40: This allows to accommodate the parking lots below and above all to create an inner park, isolated from the traffic around. The layout of the land is also accentuated by further lowering the central area by the watershed where the auditorium is located for the Theatre of the Chimney. Both theatres, the green and the mineral – which houses the auditorium in the lower parts – are privileged points of view on the internal “landscape”. The houses are a morphological extension of factory fabric and the typology uses the image of workers’ houses. The interior refers rather to the modern class of low rise – high density housing, an alternative model to the isolated block and the single-house. The part towards the railway is now a “passive” and internal frontier and would be used so also in the future, even with the reactivation of the “deadwood.” It is instead the passing of time that created this “ruin” and opened holes in the body of the building, offering an opportunity to a possible balance to the west of the built fabric. The ruin space, boosted by the thickness of the voids necessary for the new features, enabled by the route of the new Strada della Fattoria, offers a space of incredible quality thanks to the protection from the railway line but also by its contiguity with it, and thanks to the presence of a conspicuous building volume on the other side. The interior space of the road is a kind of “intimate” landscape of the factory, but again no stranger to its history. It’s especially revealing, since from its structure the substantial body of the building becomes legible as you pass physically in the middle of the section, and the elevation. The voids necessary to new functions are placed to overlap and continue the existing ones without denying therefore the passing of time. This principle not to build where time has already dictated its law also allows you to deal more easily with where, how and why it makes sense to rebuild the new parts. The new outdoor rooms become the school playground and library but also educational gardens for children and the elderly and offers a breath to the entire perimeter along the railroad, while remaining sheltered from it. The road is an “internal” driveway passing through the factory, beginning and ending with real thresholds for crossing the perimeter and allows to penetrate easily with the car in the mega-block from the west, leaving completely clear the central axis and spaces related to it. 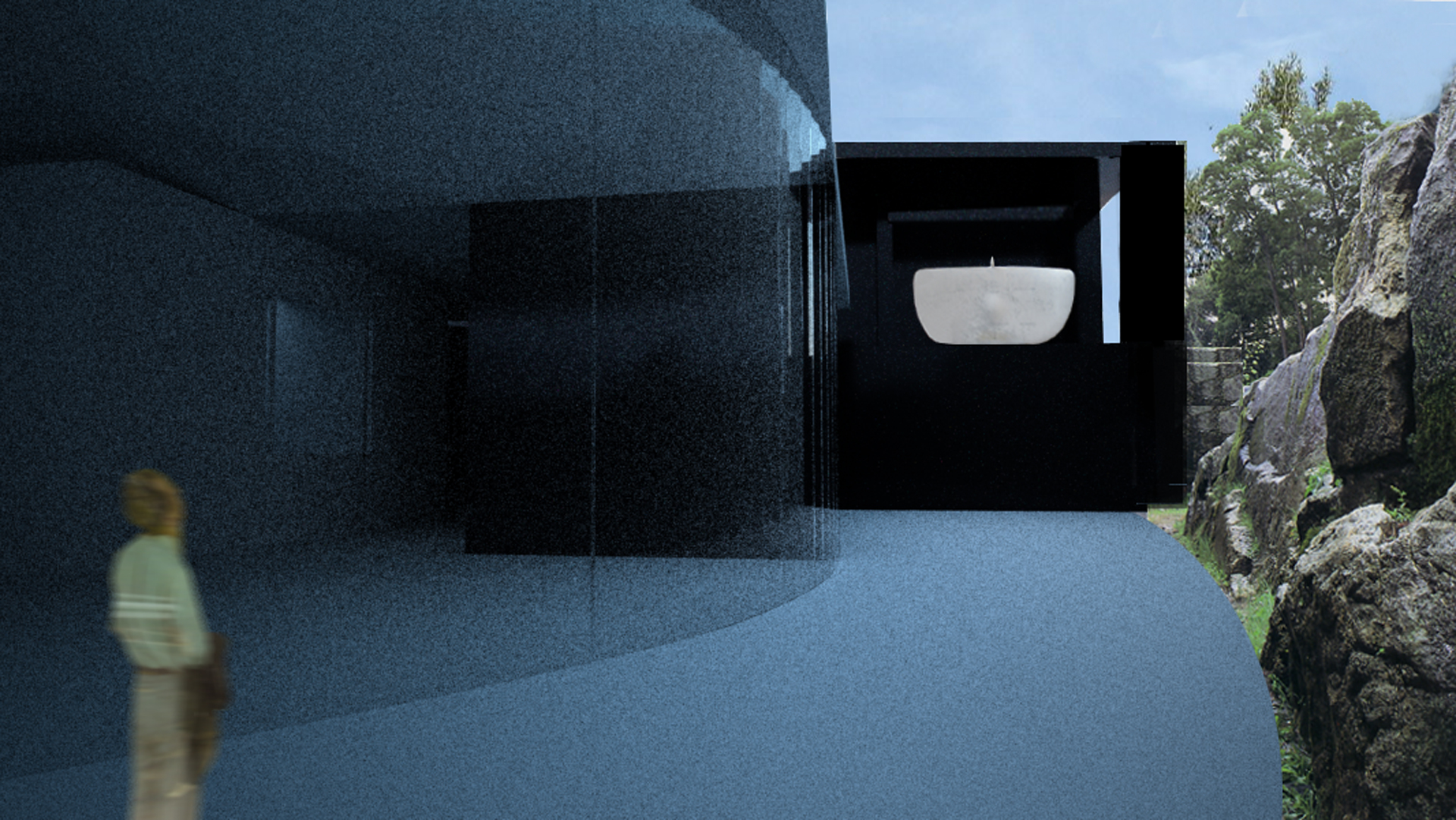