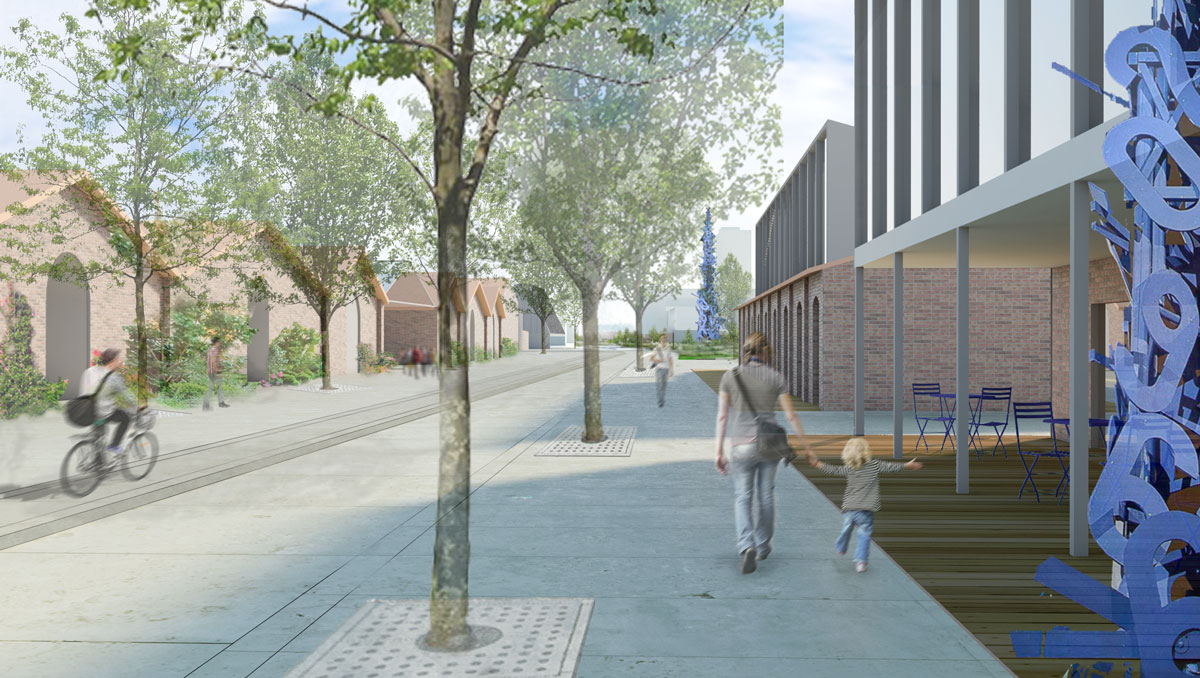 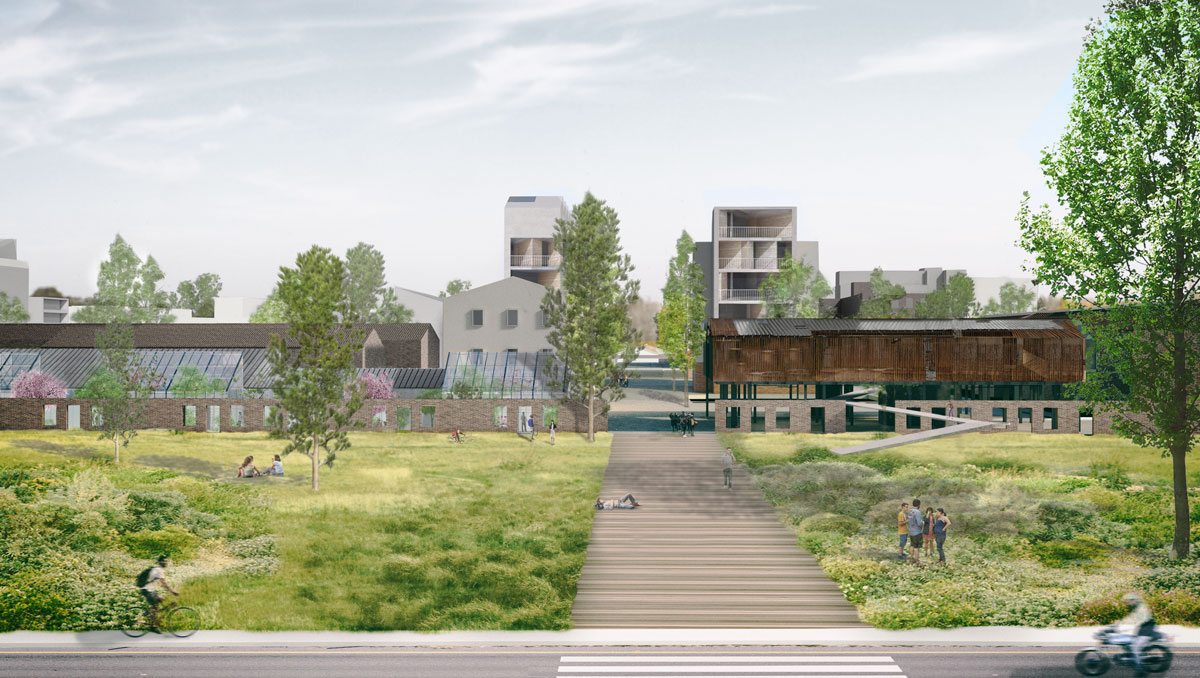 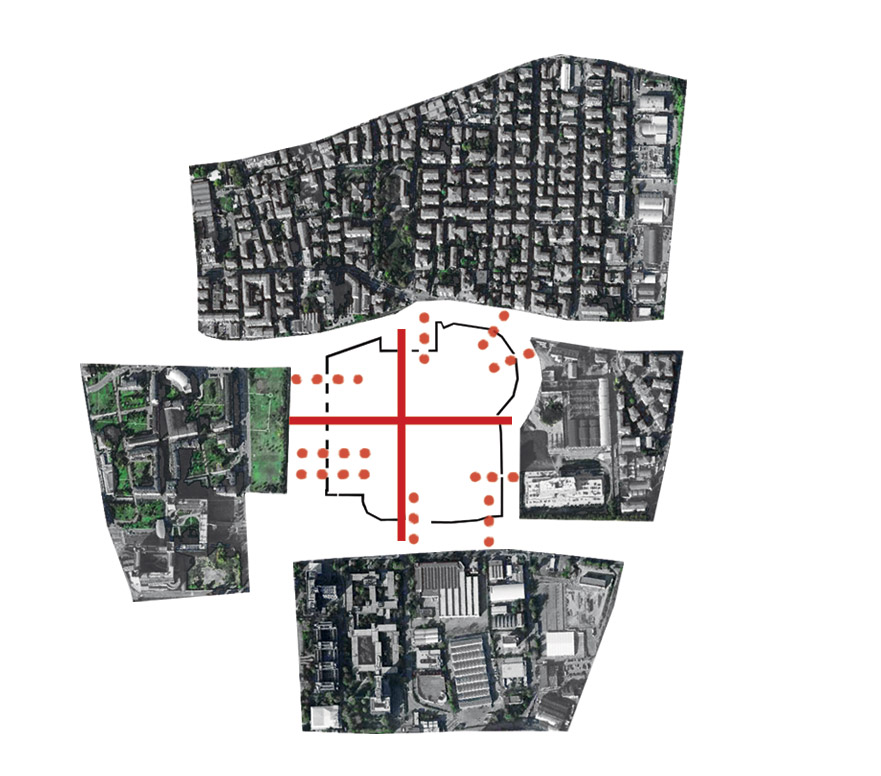 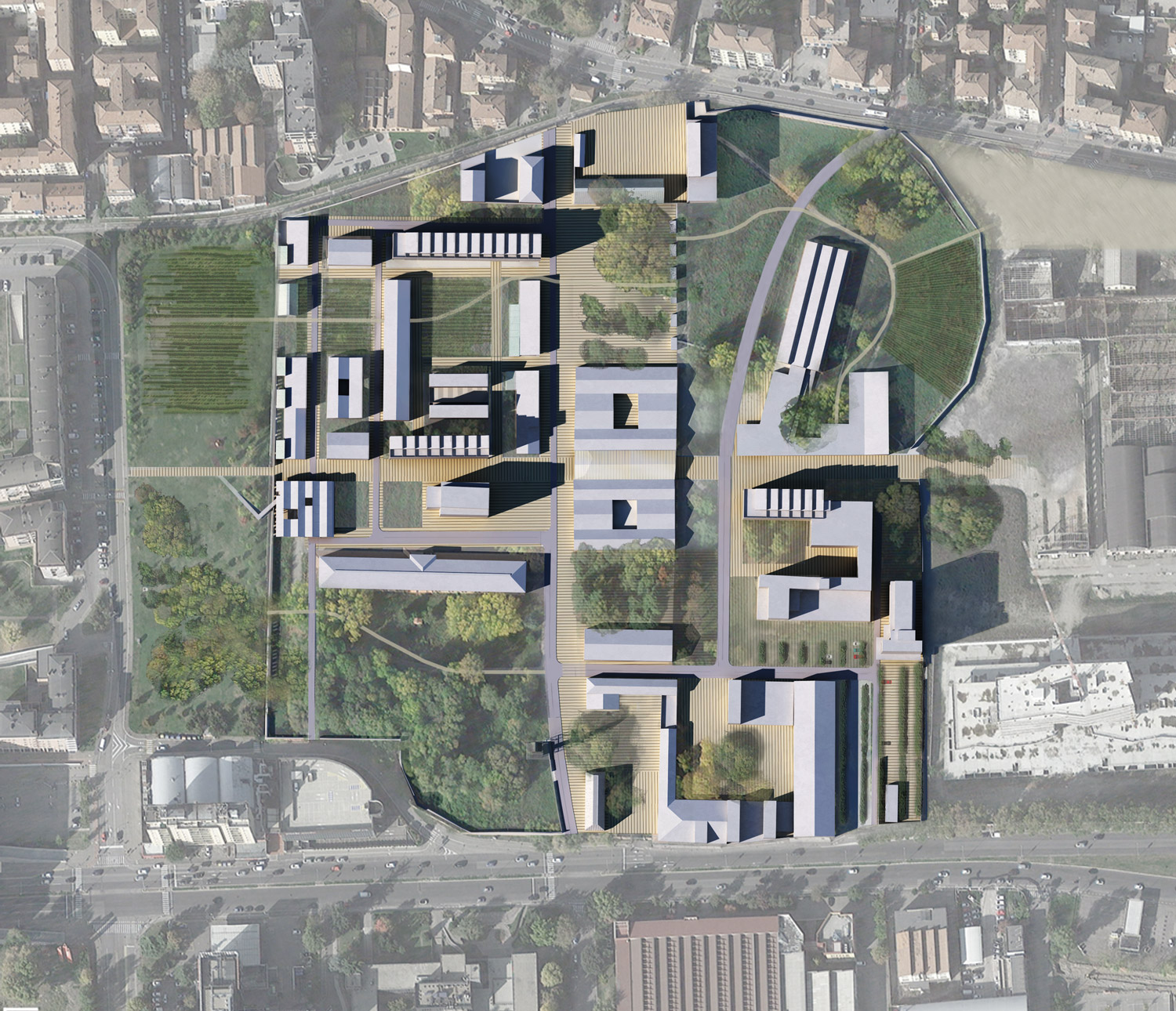 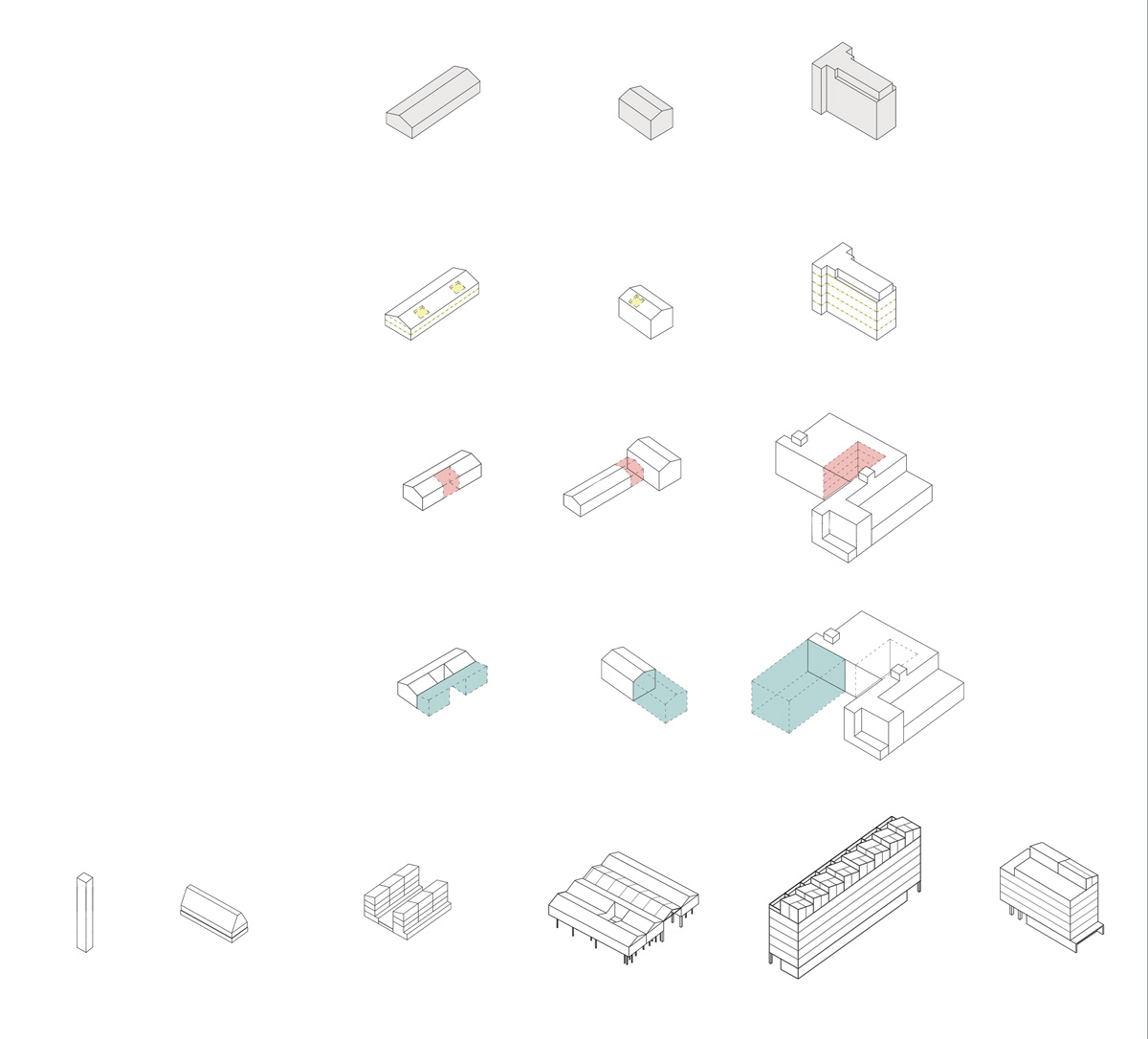 This is not so much an architectural project but rather a STRATEGY for the modalities to be adopted in the urban reconfiguration of an area; an area that has the potential to become a permeable system relating to an entire area bounded by the two railways and two major roads.

On the existing building – of a fairly heterogeneous nature – the recognition of the latent structures both at the urban and building level and of the possible transformations respecting the conservative constraint, have provided a sort of abacus to be used: The NEW, is configured starting from a limited set of elements that are in continuity with the existing material, with the aim of ordering and orienting the existing structures, pushing their adaptability to express an urban set that refers to the historical centers. The positioning of the buildings – THE ANALOGUE – hybrid elements but not mimetic – mediates with the existing, and is therefore dictated both by orientation criteria – 19 °, practically on the heliothermic axis – and by the need to define the urban morphology of the new lots. The high blocks of the Unité (in which the two large silos are also transformed) direct the fabric, leaving the view free and favoring the natural ventilation between the houses.

The vertical element – TOWER – at the entrance from via Stalingrado, is an analogue in progress that originates a special playground for children, a place where Mimmo Paladino’s art bursts in its playful but also urban dimension. The landscape of the park is punctuated by many types of gardens that respond to the need to plan a maintenance of green areas according to a land use in which the inhabitants are also architects of the new landscape to be built. 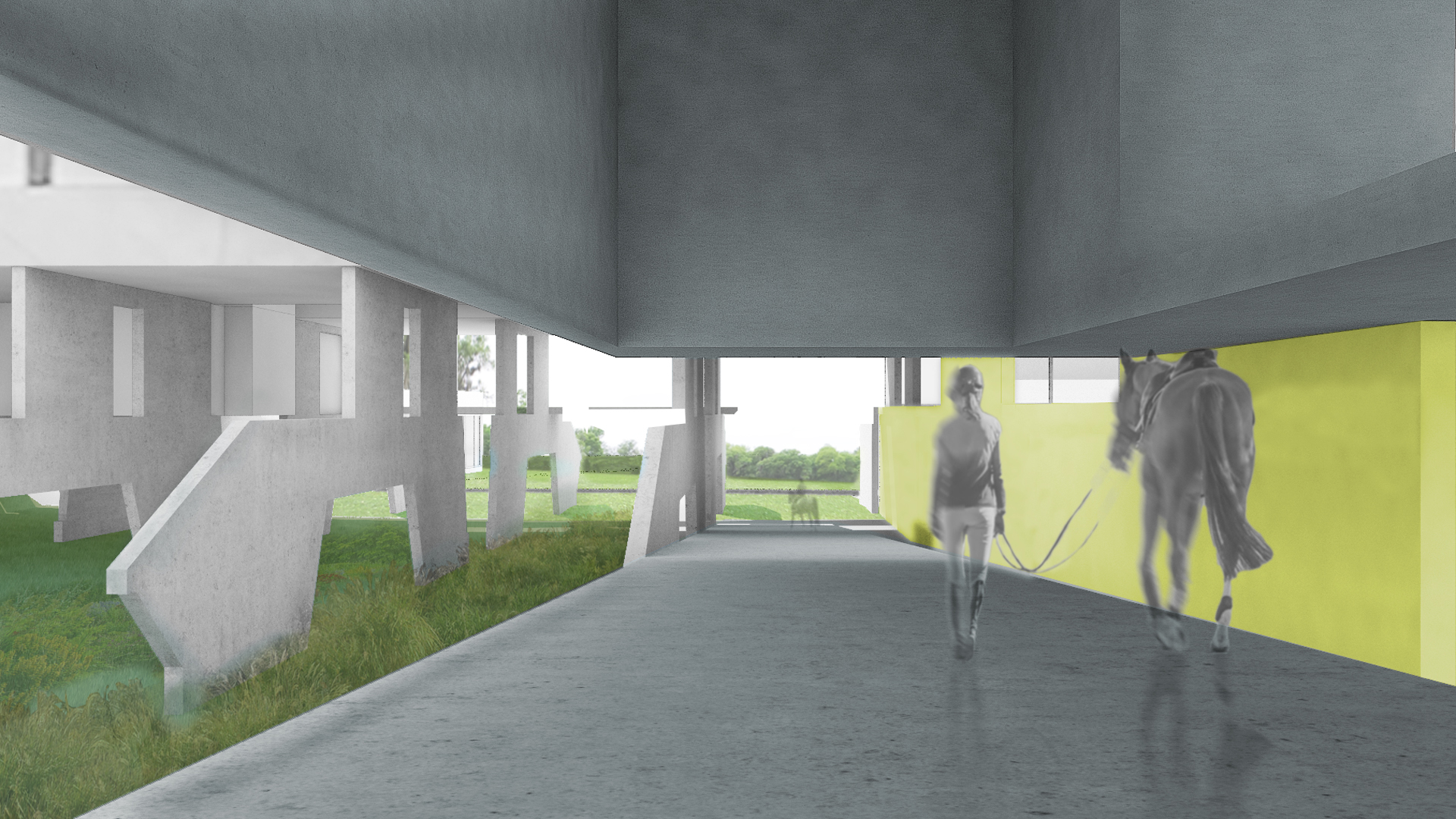