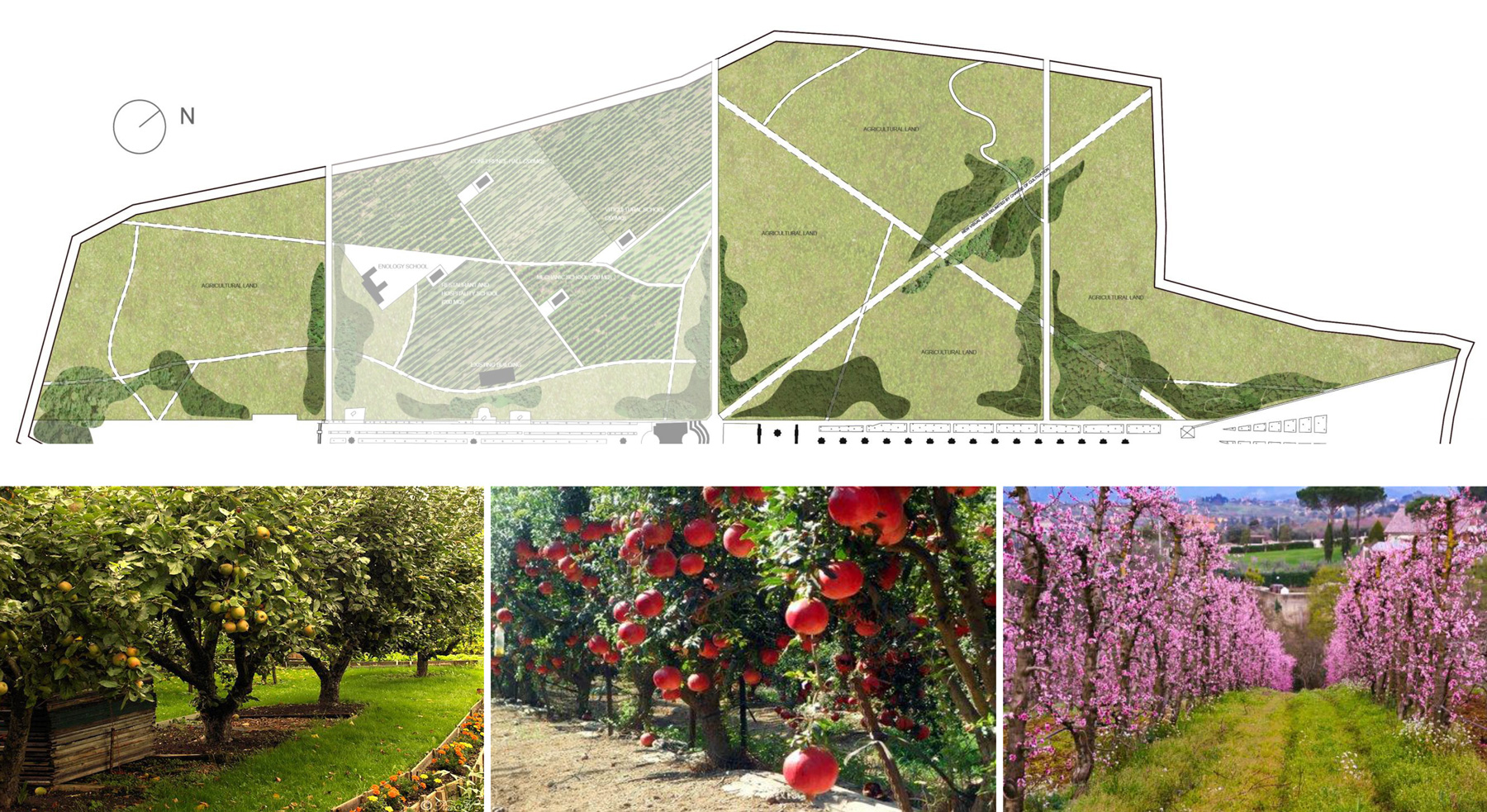 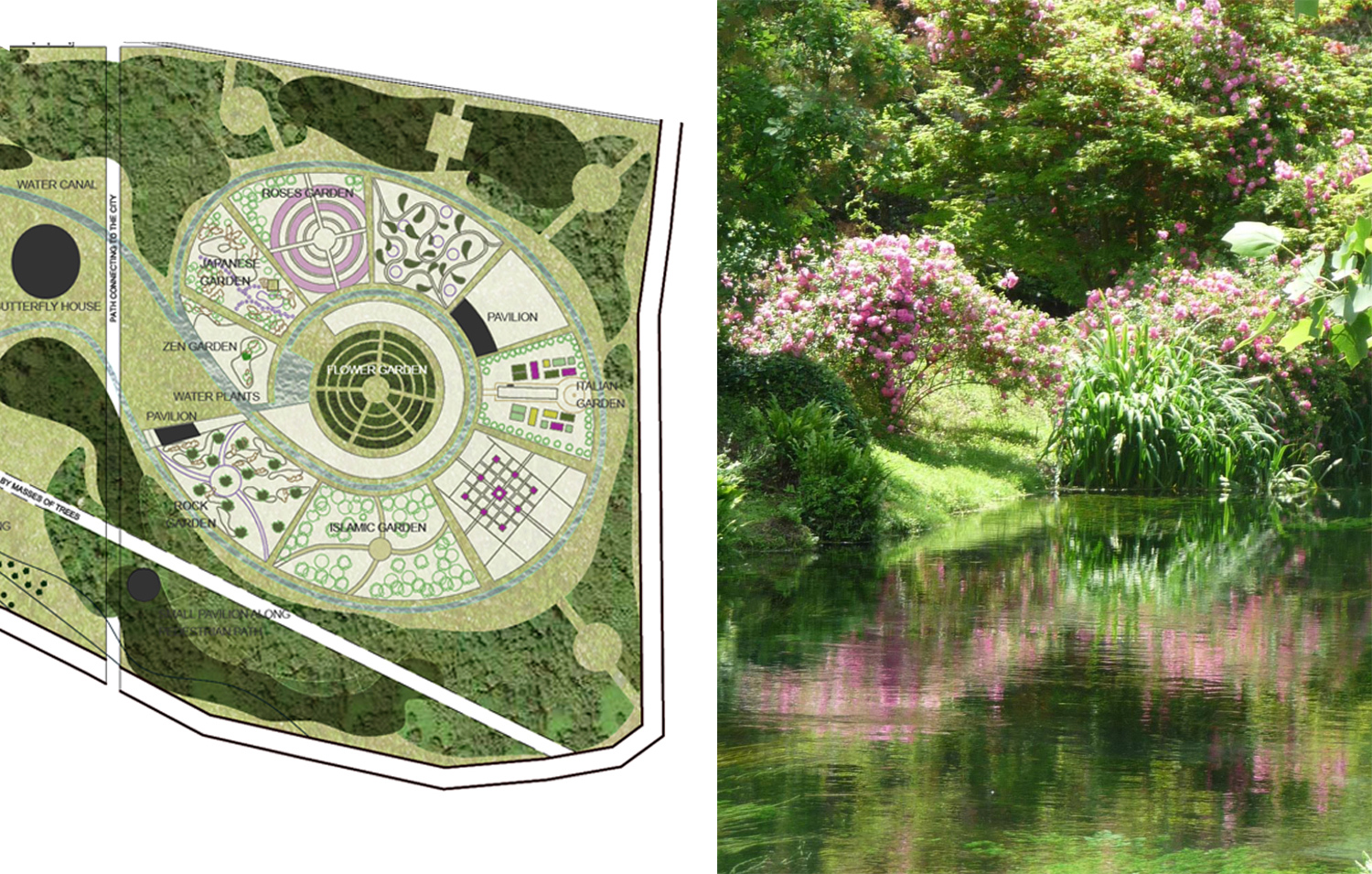 The concept of Heydar Aliyev Park is inspired by the analysis of the territory and the cultural characteristics of the city. It tries to enhance the presence of the Agricultural University and with spaces that collaborate with the latter; it can also be exploited in educational and economic sense. Historically the surrounding region has been used for quality agricultural production with advanced technological components, but at the same time it’s also a tourist destination because of its attractions and to the position of species in the warm seasons. The proximity to the city makes it accessible in all seasons especially on festive days. Given the size of the city the park could also be used for large events such as concerts and shows, attracting tourist among the many people in the neighbouring Georgia. Also bikes and electric cars can circulate, in reserved routes, hired inside the park and used also by the park staff. 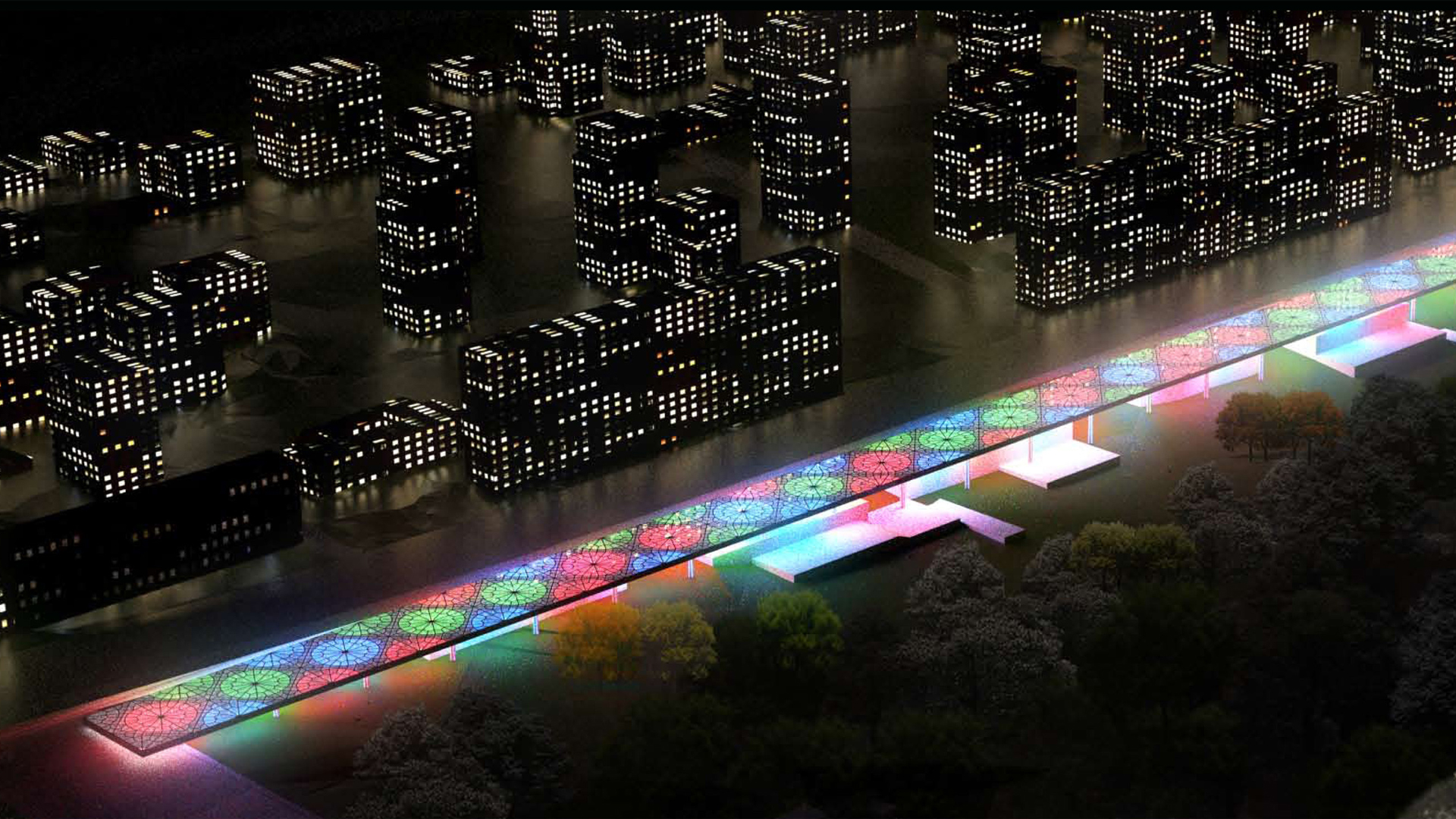