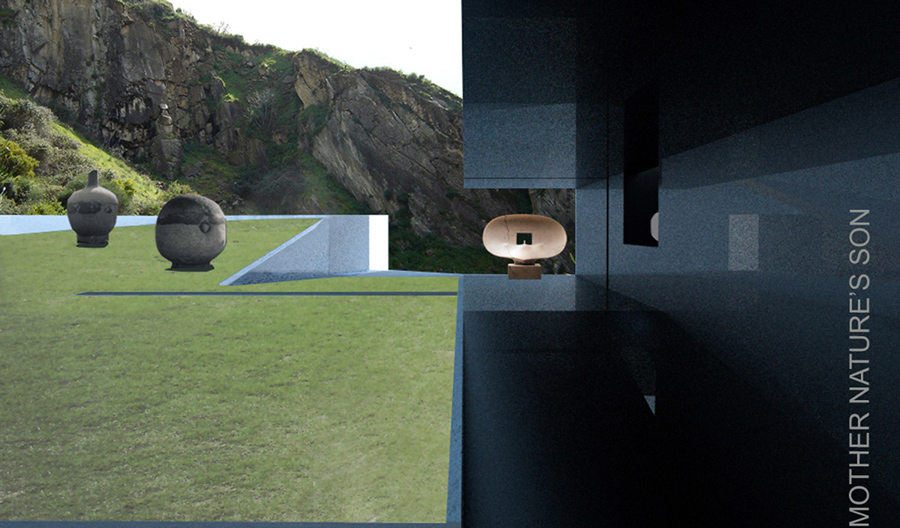 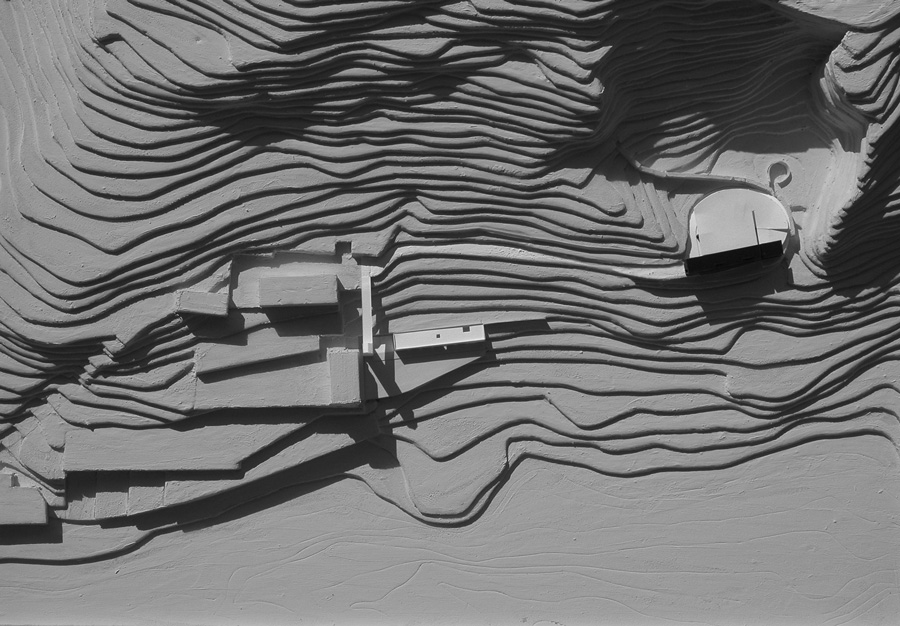 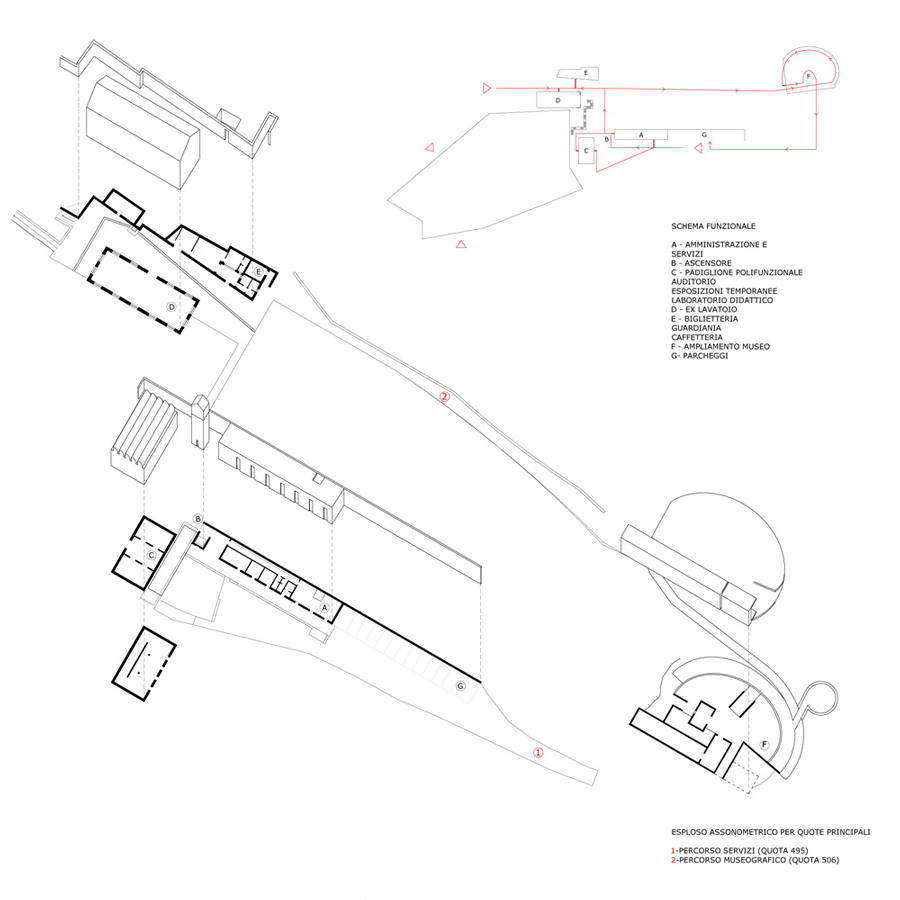 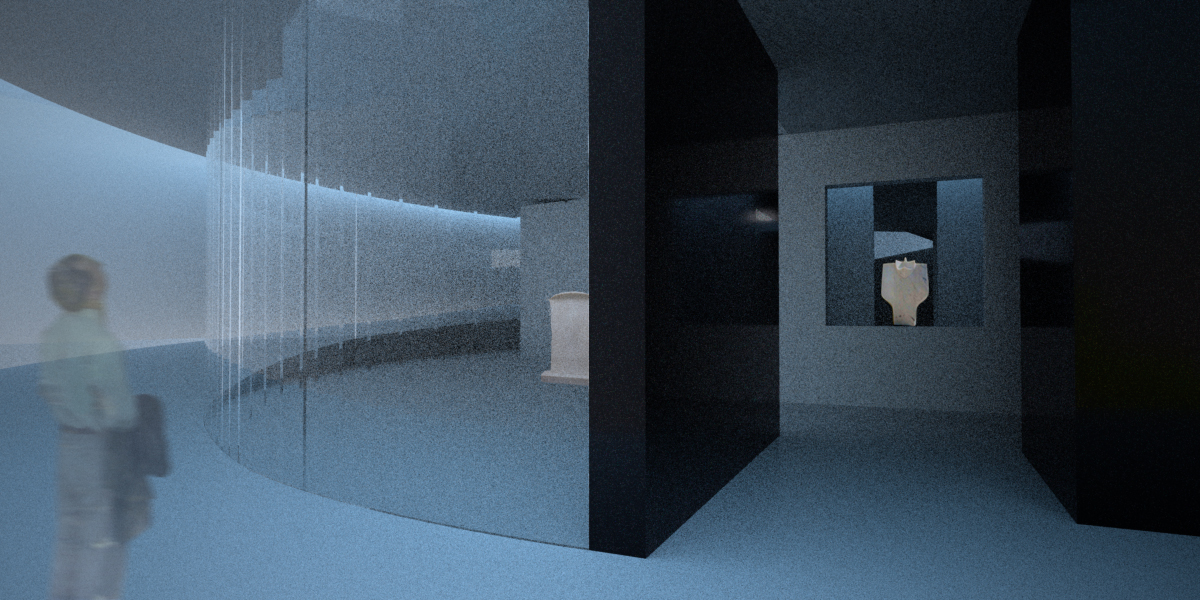 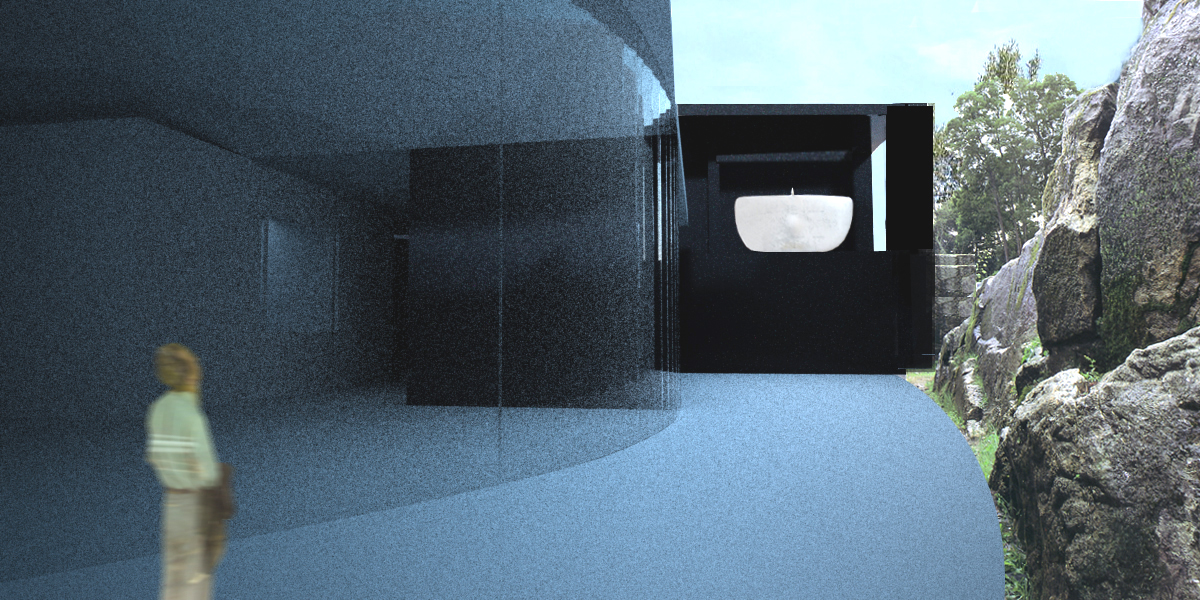 Nivola is back in Sardinia. His work suggests thoughts about the earth and the hands of man, about his humble work and looking for a contact with the essence of things. His relationship with Mother-Sardinia, or rather the continual relationship between the self and a female ancestral, led the initial decision to place his works at the foot of the rock wall of the abandoned quarry, which seems to carry Orani in a large natural embrace.

A work of human hands, reabsorbed by time and nature to seem as natural as the mountain itself, the quarry overlook Orani as the Greek theatres motionless observes the landscapes on which they were built. The natural amphitheatre of the split rock evokes the Greek theatre and the project follows this indication in situ, closing it with a kind of dark frons scenae that turns its back to the countryside, so finding a motionless and quiet scenery and gathered around a peaceful garden in elliptically shaped auditorium. Inside this elliptical theatre, lie the white sculptures on the rock wall or on the black concrete base of the building, timeless people and eternal pregnant mothers descendant from, and observing, nature. From the town the museum complex shows itself mainly through a new lift tower in white cement, a slim and slender body that stands out and almost divides the building from the natural quarry landscape and the terraces covered by olive trees. In this direction they two linear horizontal bodies are combined: one in stone, continuing the system of terraces and walls placed at the foot of the elevator tower and the other, in black concrete, positioned at the base of the groove and connected by the path through the olive groves at the same height of the washhouse. 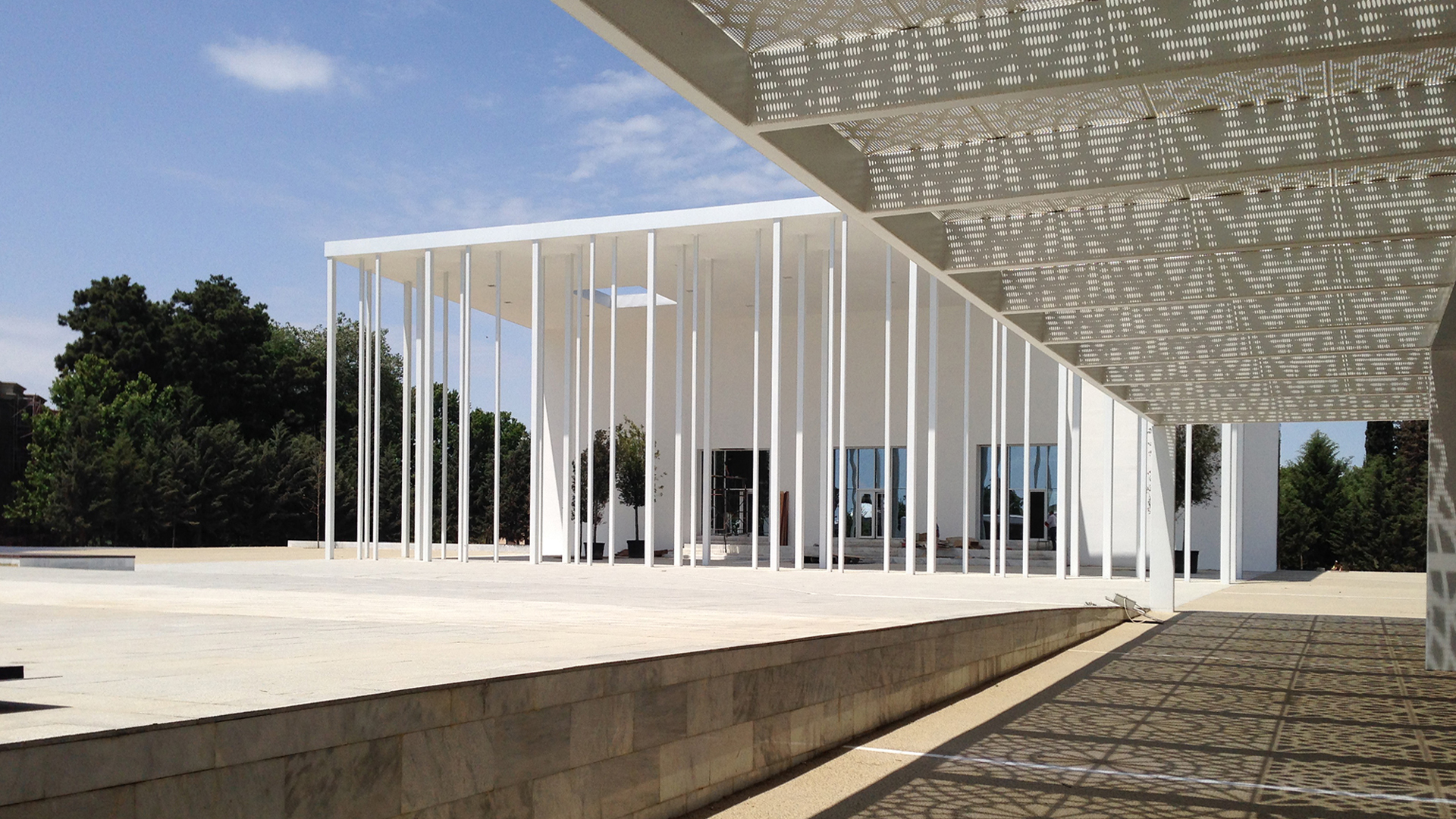