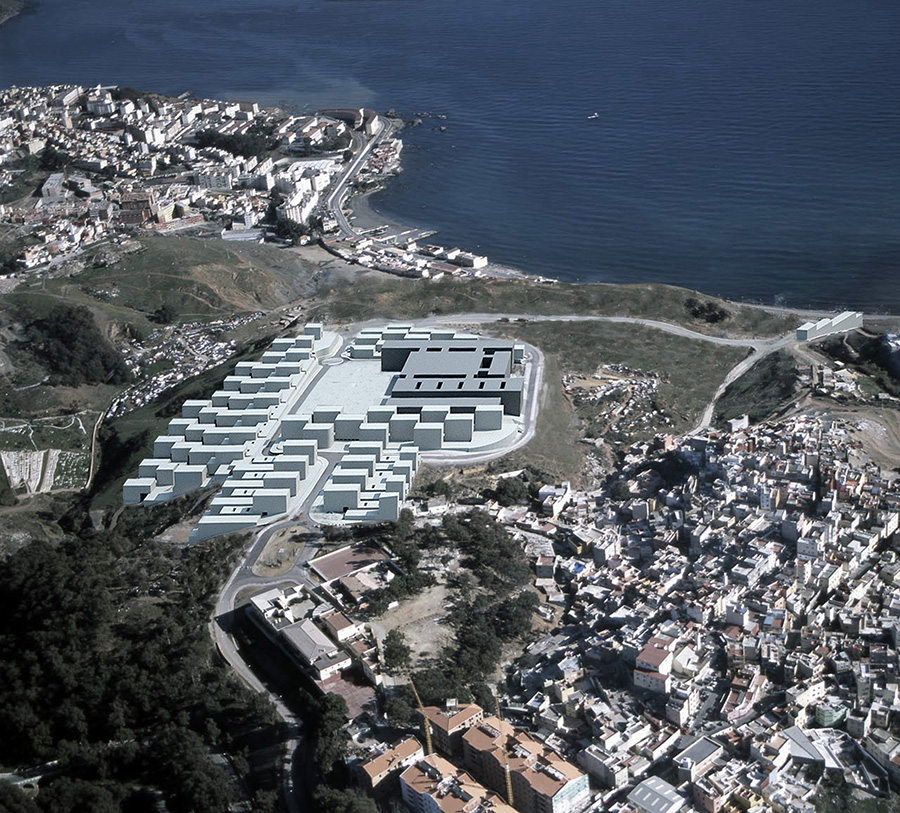 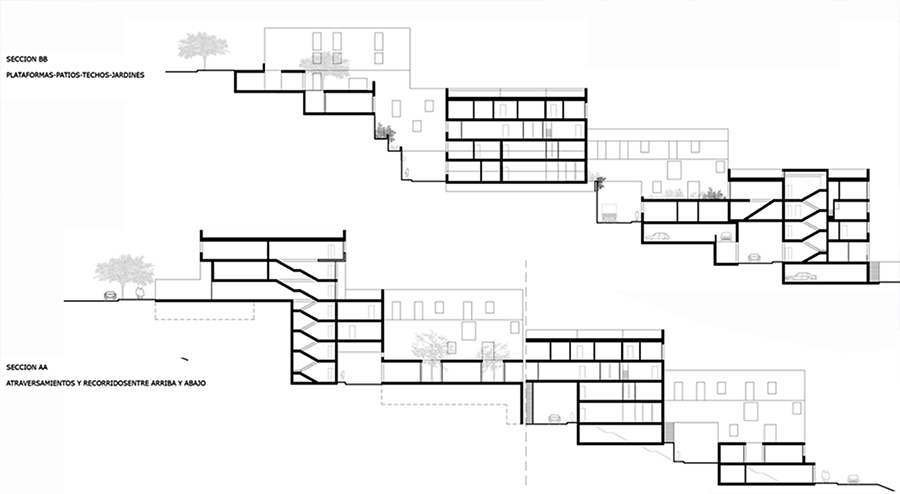 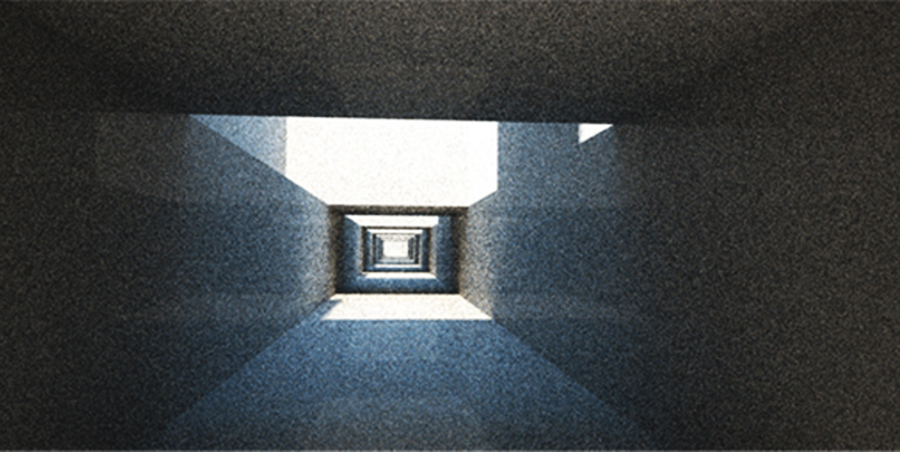 The high density required by the announcement for the Ceuta site defines a proportion of the potential equivalence between solid and void in which the compactness of the building is that of a virtual continuous volume, open and dug into its own volume at the regulatory distances and the necessities of light and air. The empty space is therefore defined by the same density program as a three-dimensional space defined by the mass of the buildings containing it. From these main observations, the choice of building elements used is therefore decisive for the conformation of both the public space and the building types. The other main observation is related to the need for light and air in mutually arranged buildings. The main orientation chosen for all blocks is the solar thermal axis, northeast / southwest, an option that allowed both to ensure optimal exposure in the homes and aimed the public circulation towards the main orienting element of the entire site: the sea.

Because of the diversity of topographic situations relating to each individual lot to be built, and with the scope to adopt a united urbanity the abacus of the selected elements is deliberately reduced to two building types: the basement (A) and the height block (B) . The combinational logic of these two simple elements is briefly shown in the isometric diagram: the three solutions described here according to an abstract principle of volumetric overlaps of the elements A on B, however, are designed so as to define, depending on the position of the different lots, different urban situations. Schematically two types of urban spaces can be recognized: 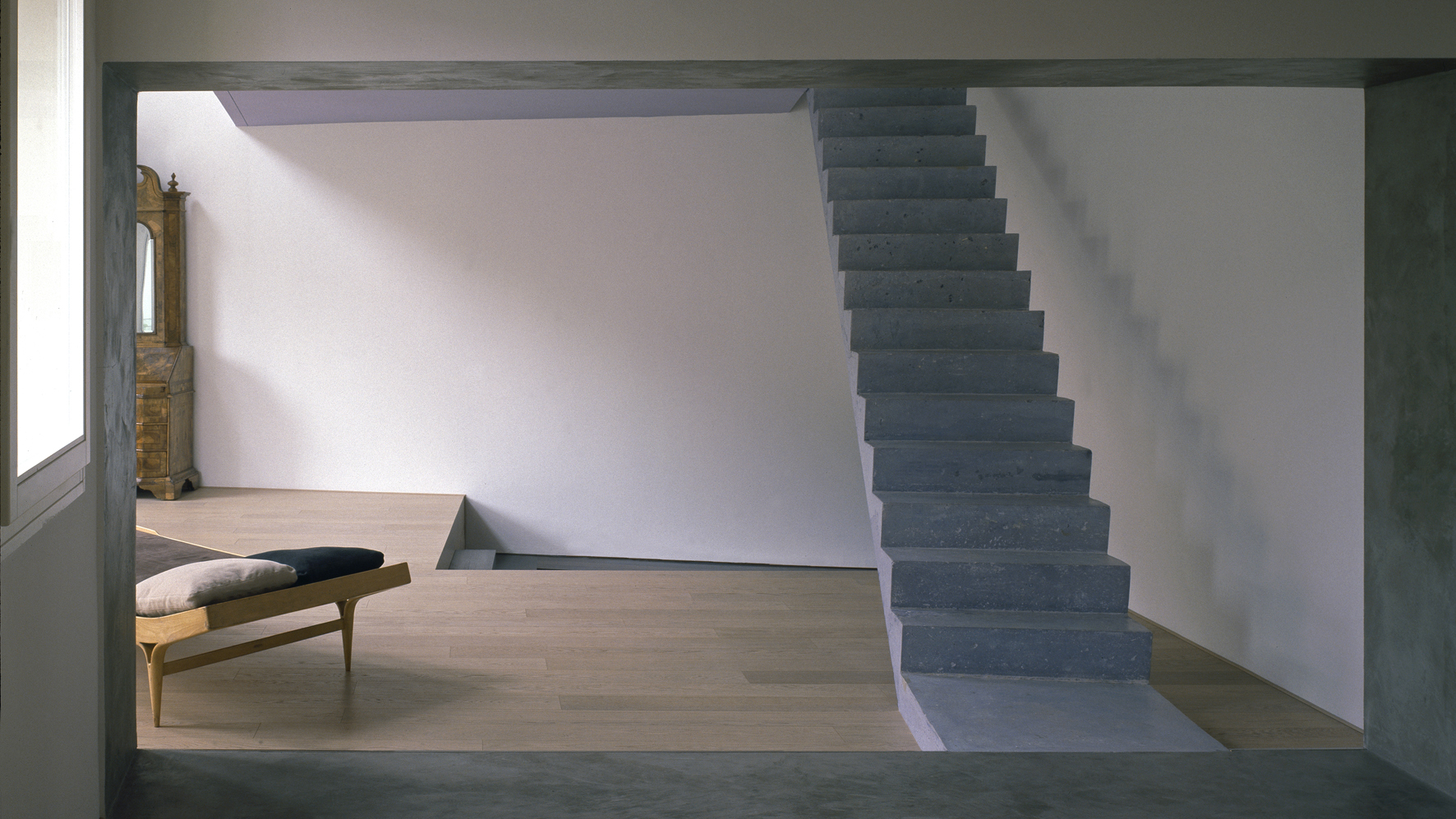