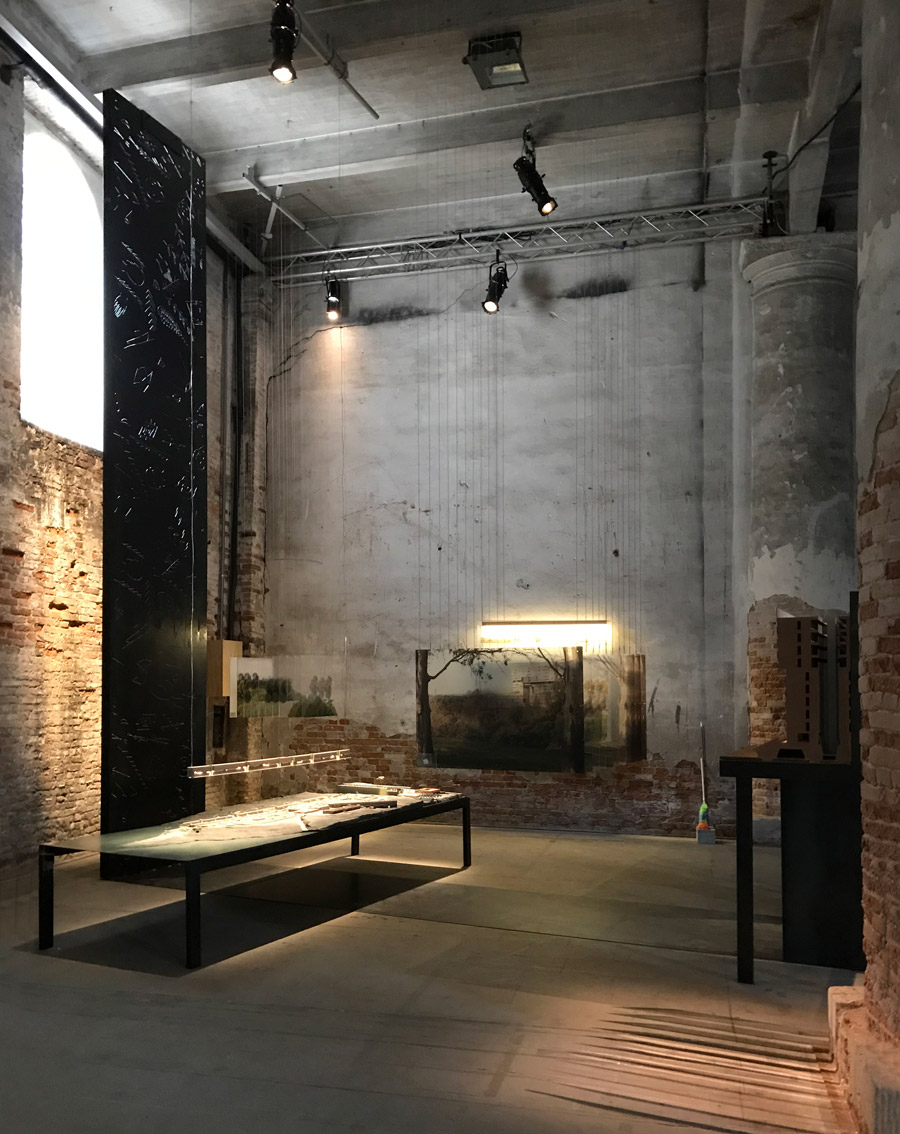 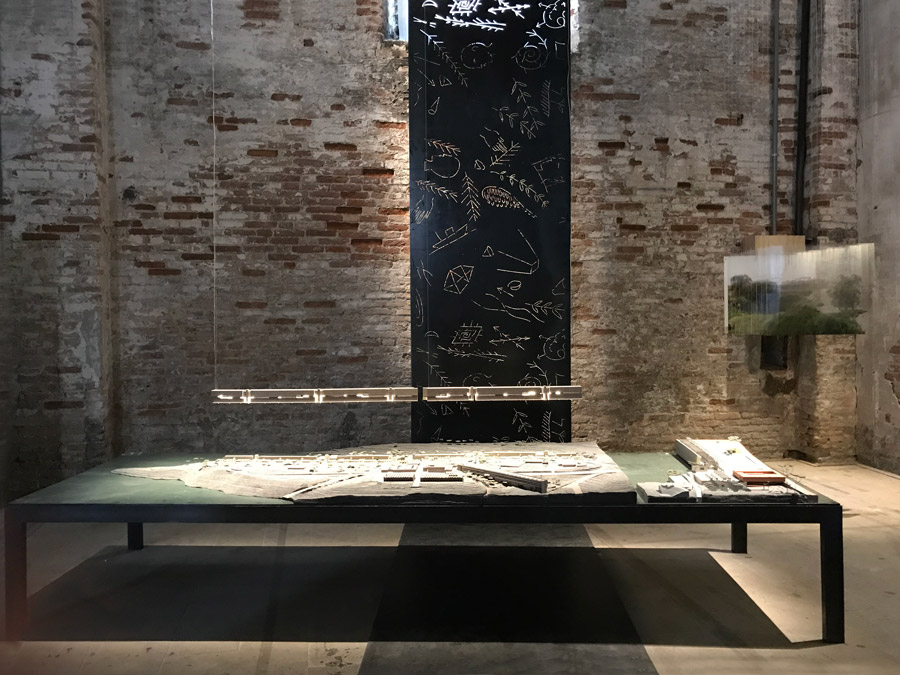 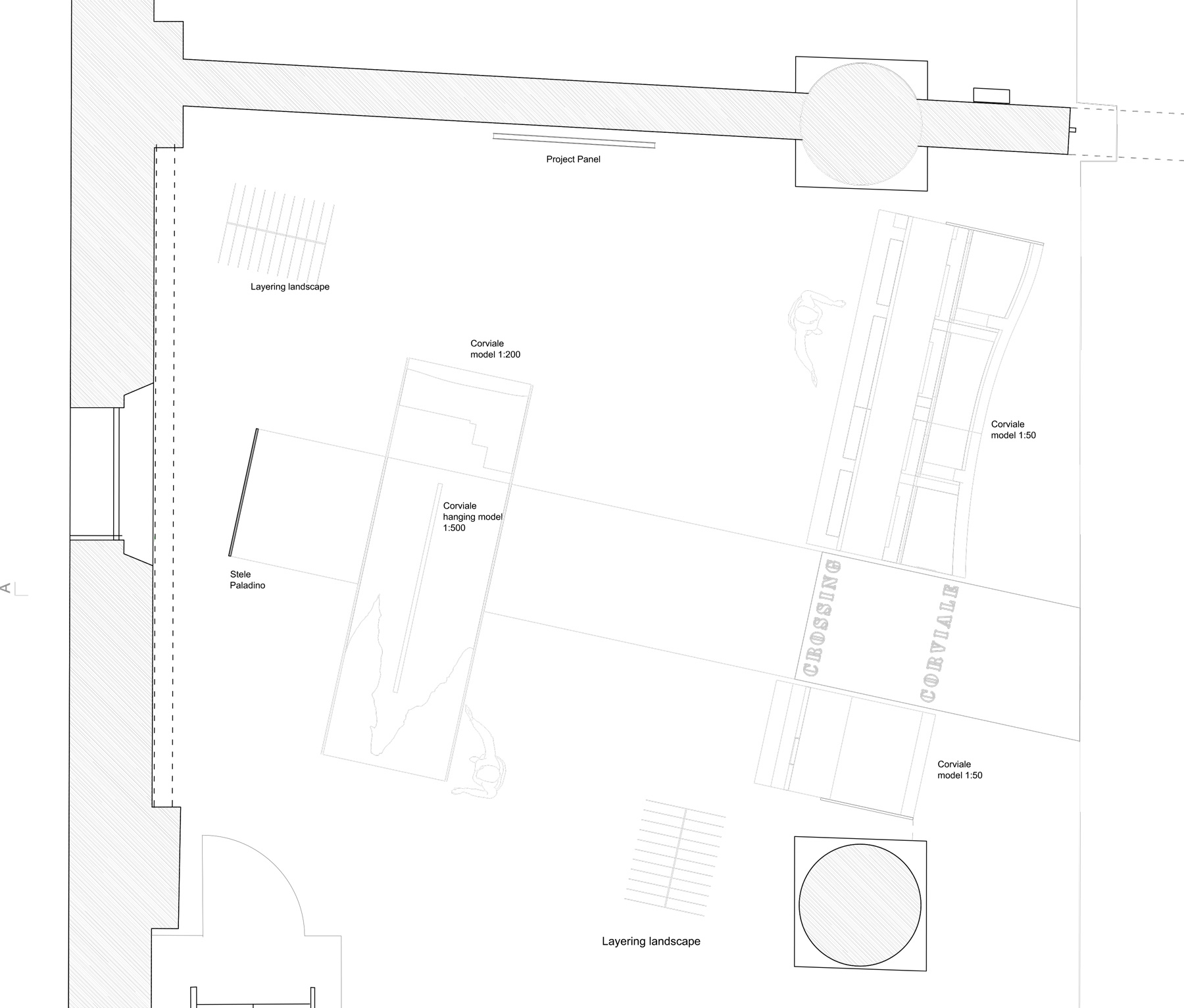 Plan layout of the exhibition 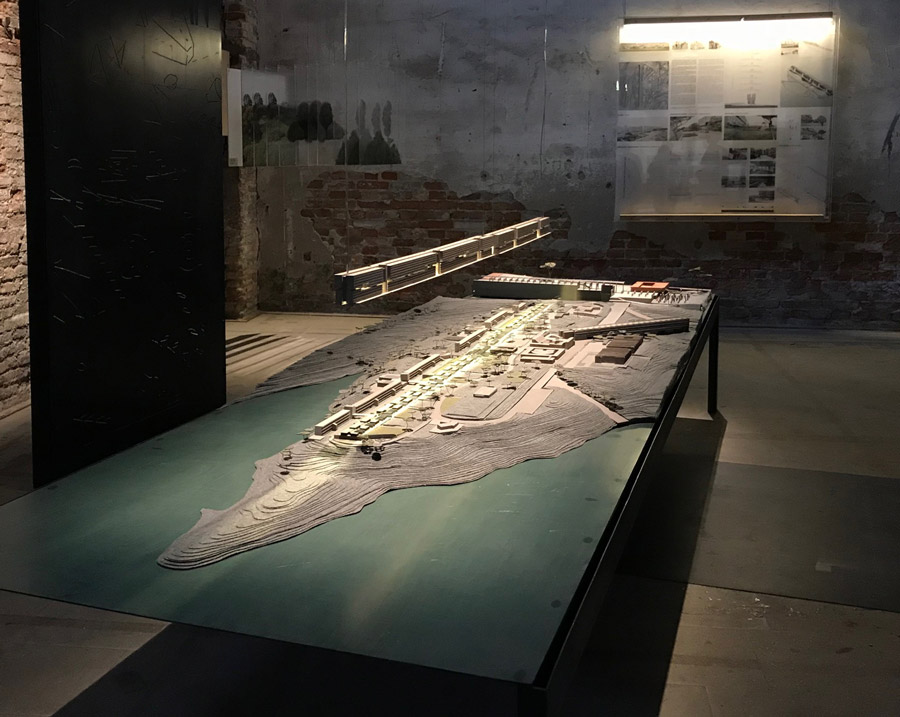 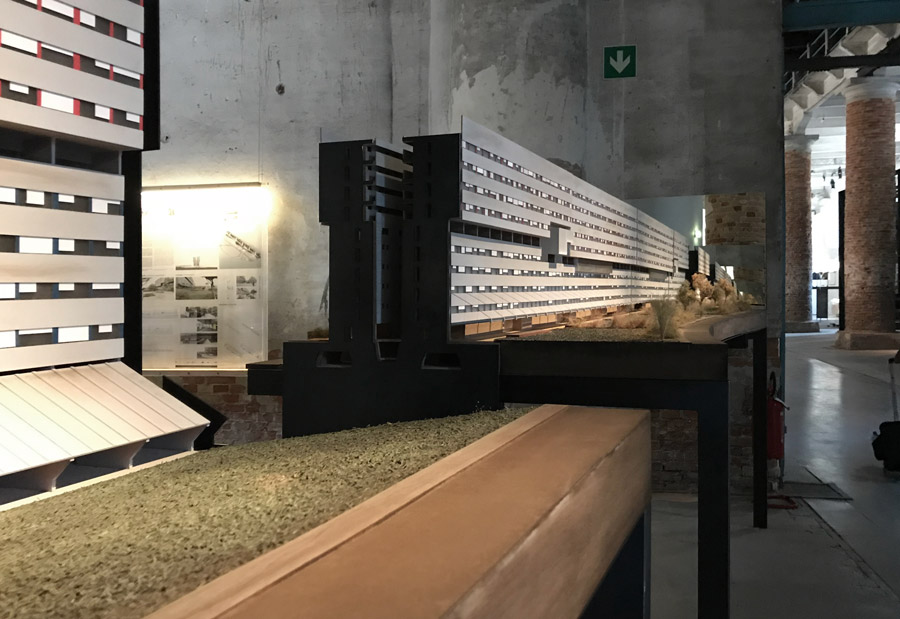 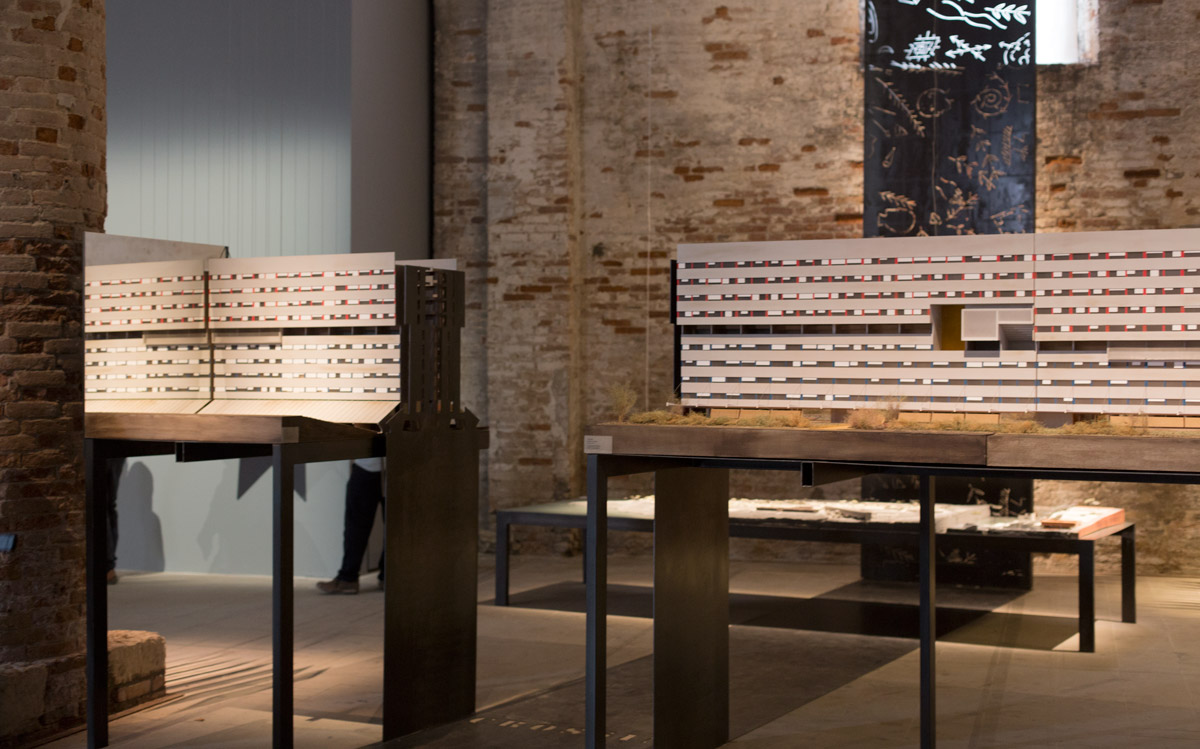 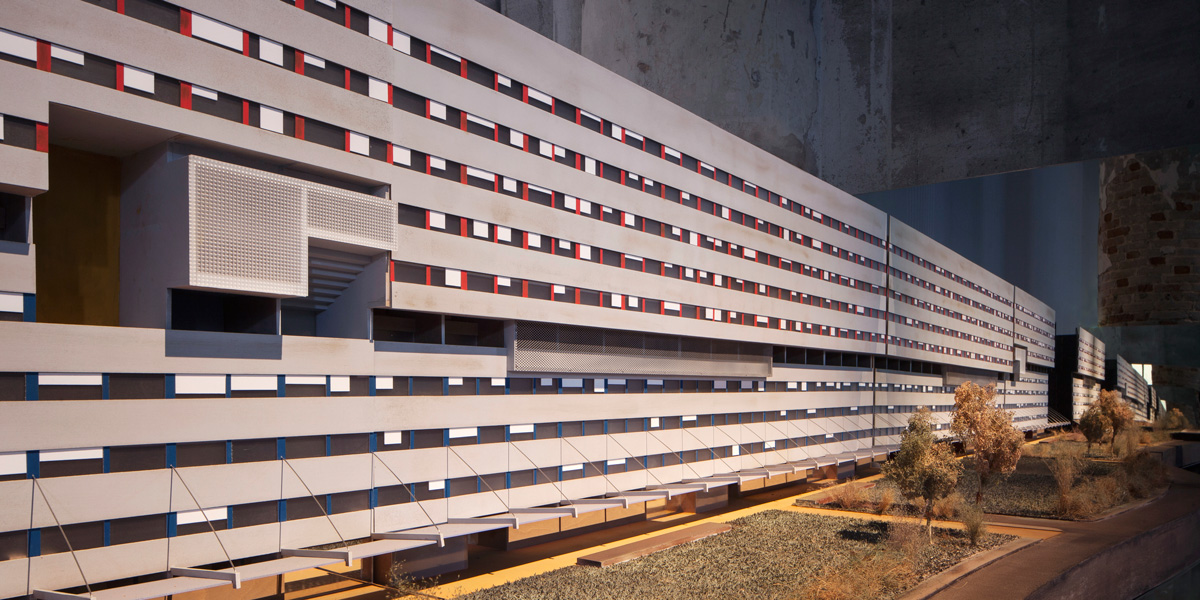 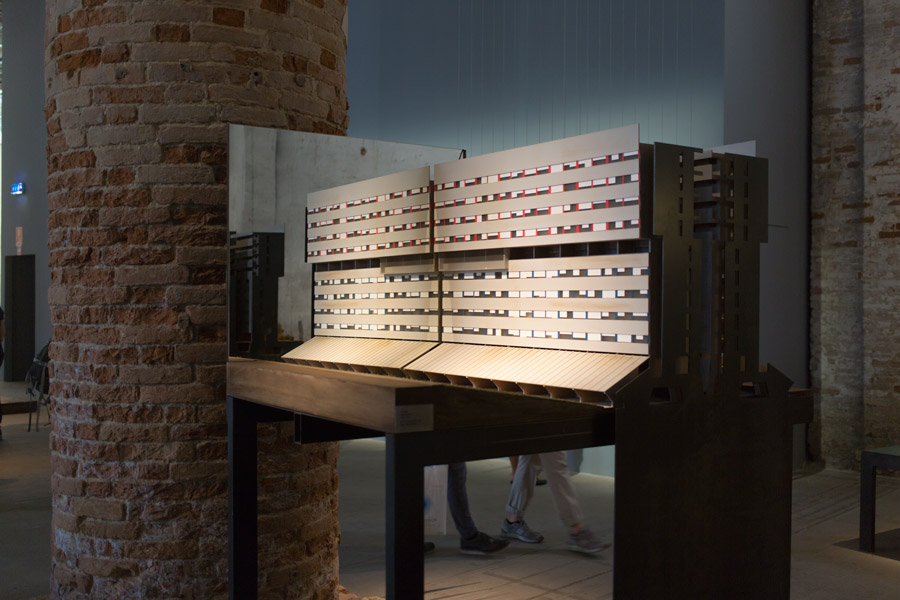 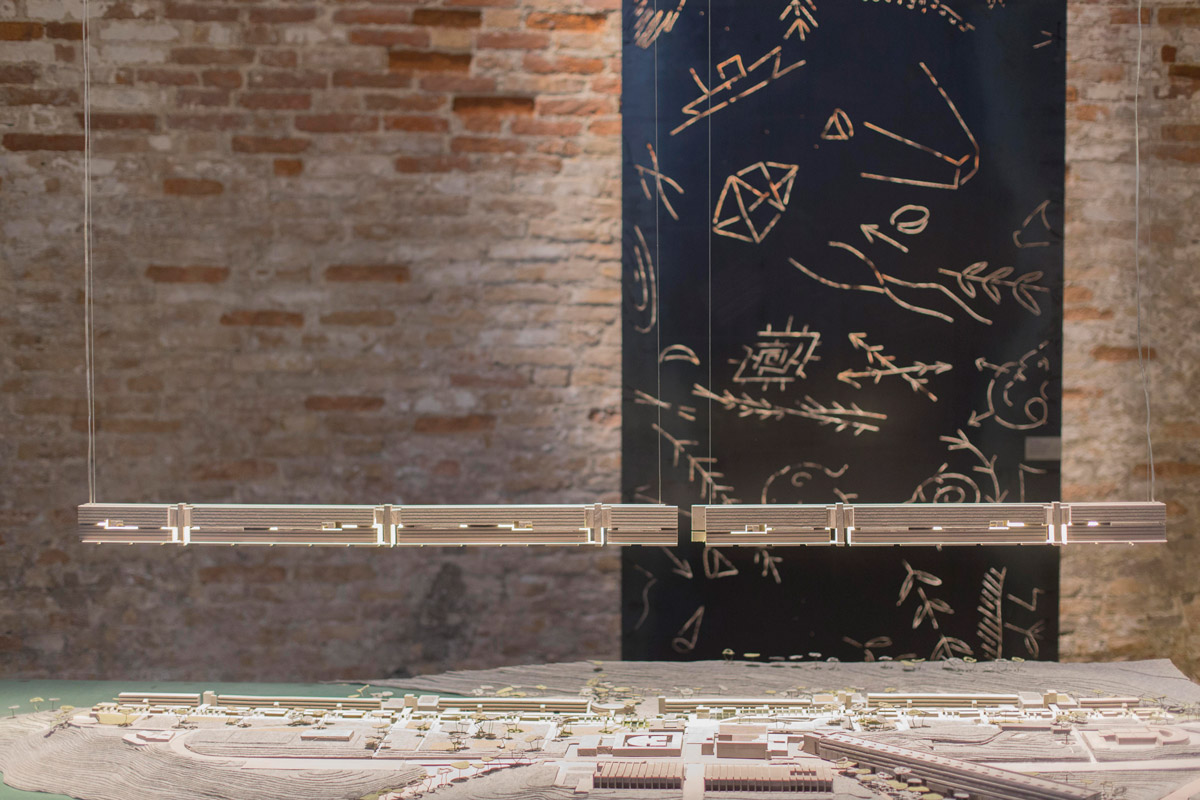 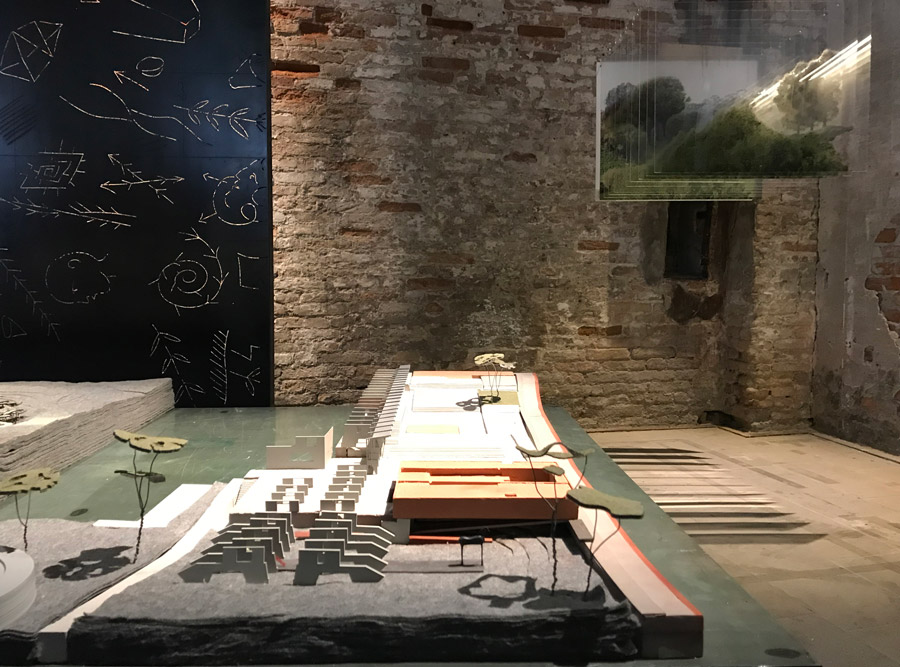 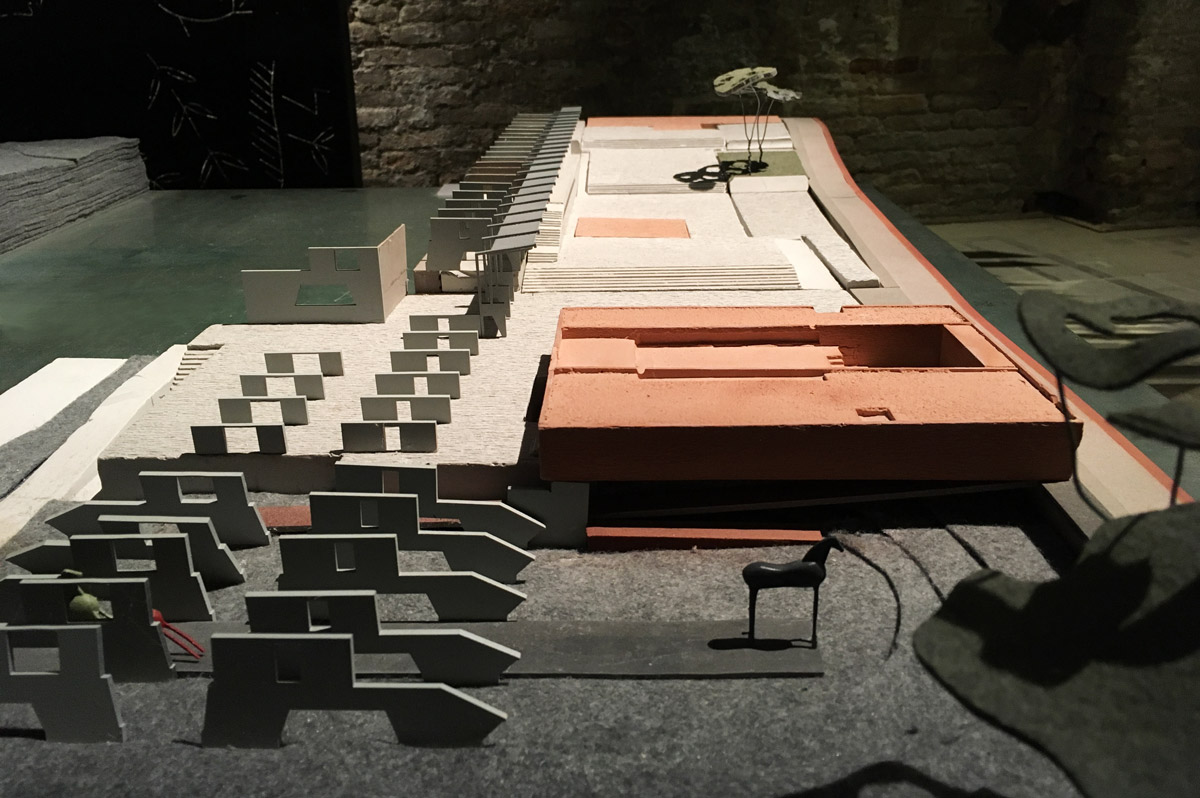 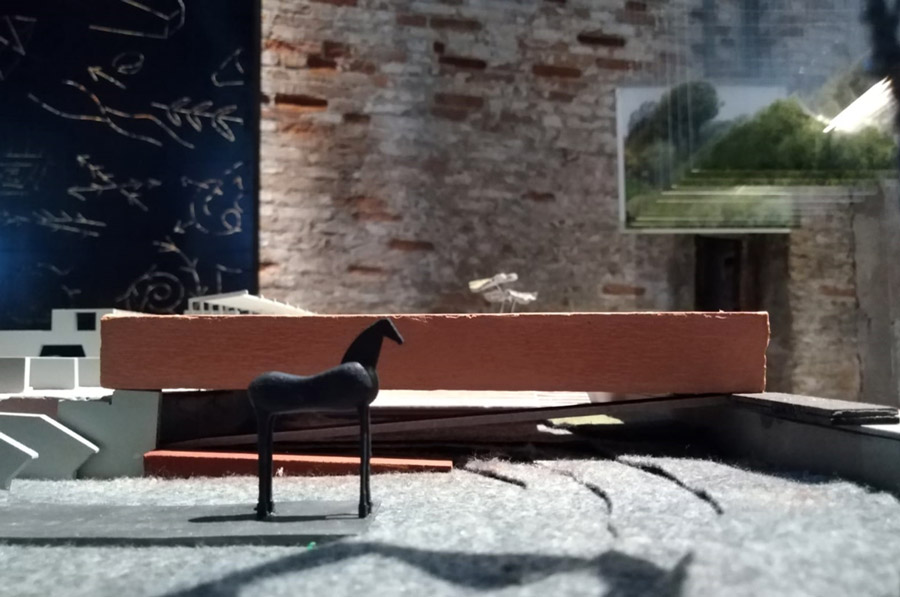 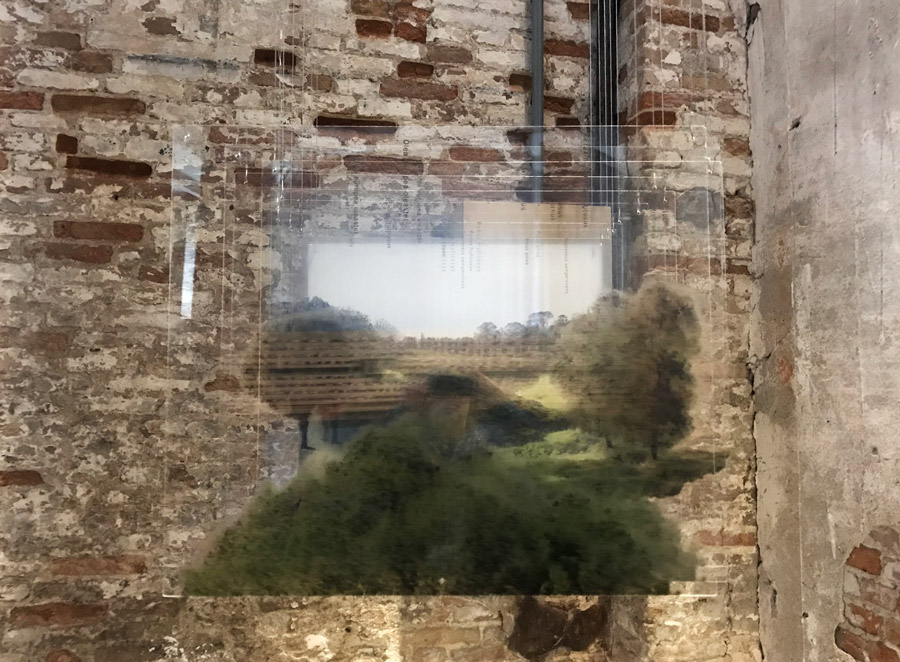 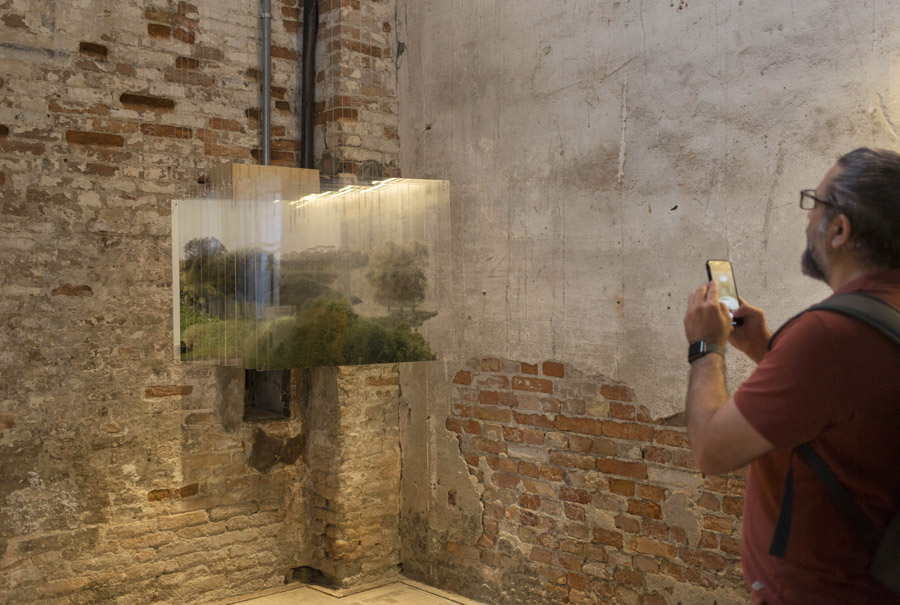 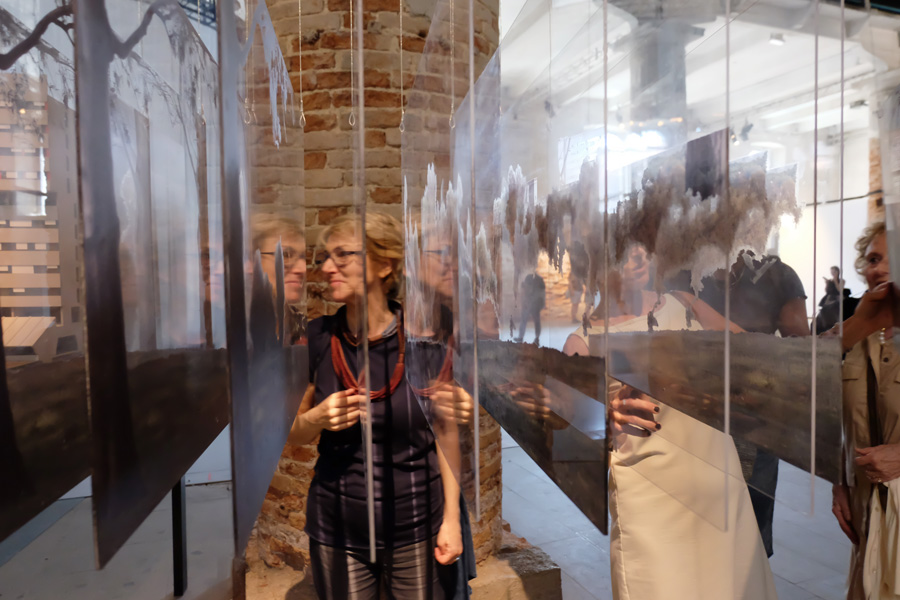 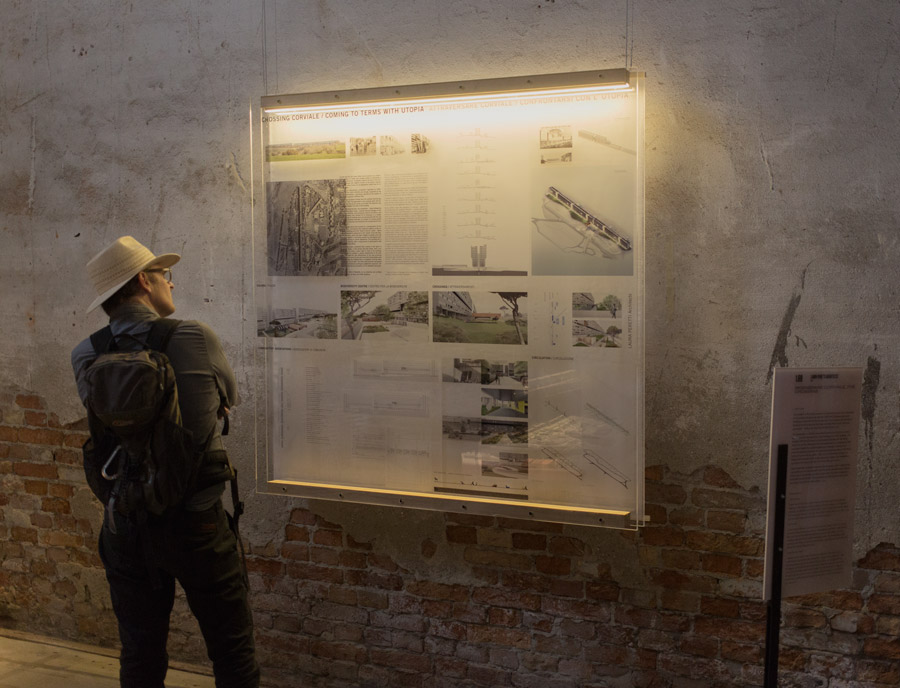 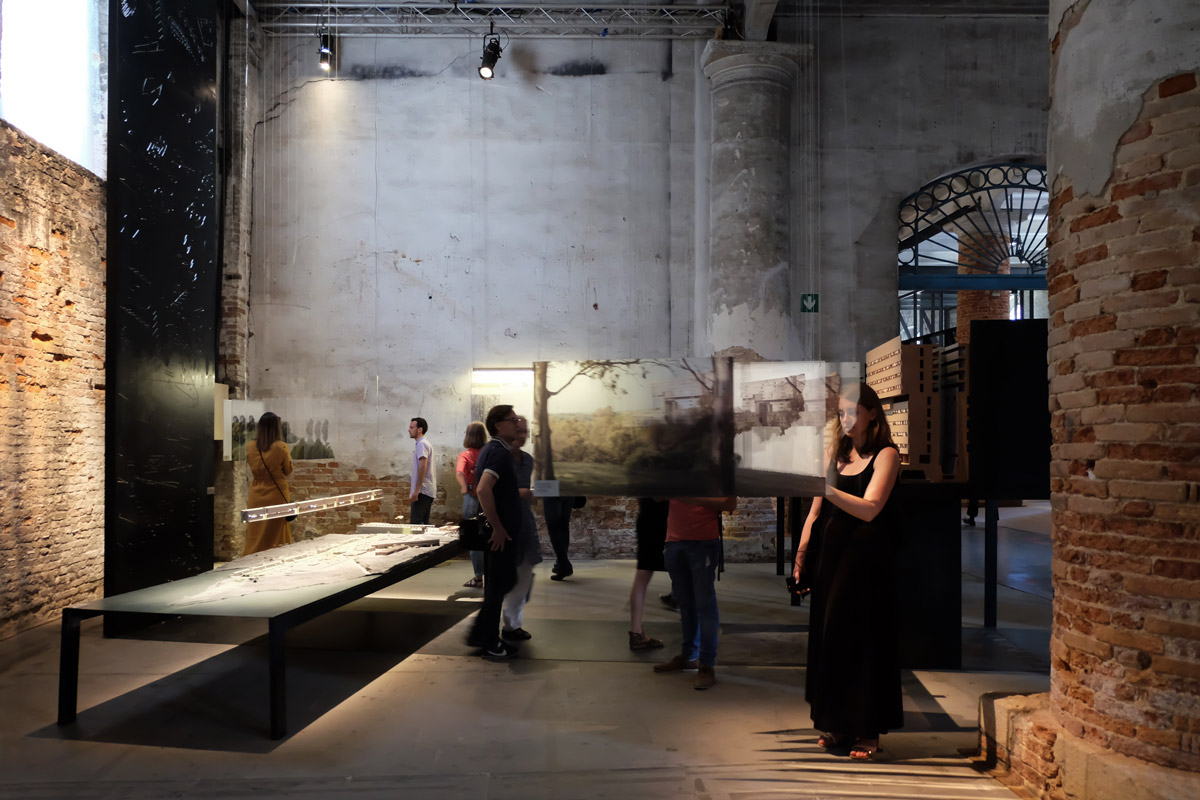 1_THE CROSSING
Thanks to its huge size, Corviale has an enormous quantity of potential freespace. The
renewal of this building will be done based on its intimate character; its walls structure,
which differs from its longitudinal layout, allows the transversal crossing. Corviale,
rather than a barrier becomes a filter; a big porous urban megastructure, like an ancient
aqueduct.

2_EARTHWORKS
A new figure will balance the concrete kilometre through a wide horizontal extension
harmonising the crossings with ground levels and re-establishing the continuity of the
ridge and of the surrounding topography. Thus, the building basement forms a giant
earthwork, where the new winding road reinforces and frees a diverse and continuous
landscape, both in front of, and behind the new building entrances.

3_LANDSCAPE AS A CLIENT
A square, at the scale of the kilometre, provides the inhabitants with a collective and
democratic space that – thanks to its platforms – fixes the topographical gap in the middle
of the building; the last platform of the square is the original agro romano soil. Crossing
below the new Center of Biodiversity (at the edge of the square), the free landscape is
regained through the wall structure. Here, a public ramp reconnects the city with its
environment, while colourful Paladino horses rise up out of a water basin.

The ambition of this project is real, it is imaginative and a heroic undertaking for all
involved. Working only with the FREESPACE between and under buildings, a whole new
territory is proposed. The circulation and movement therefore becomes more porous, more
convivial, more secure, and more pleasurable – “setting the Giant free” as the architect
says.
The topography is carefully manipulated transforming what the architect describes as the
“kilometre-long ’dam’ building into a ’filter’ building”. The resultant FREESPACE forms an
intermediate scale between the heroic built form, and the intimate world of the apartments
and inhabitants. 7000 occupants inhabit this social megastructure, originally conceived as
a protective boundary between the sprawling city and agricultural land. Basic tools such as
earthworks, paths, roads, ramps, biodiversity, sunlight and biology are employed to form
public democratic spaces, and to establish a connection with nature and with the
surrounding agro romano. Laura Peretti has completed extremely refined smaller work to date
but has continually shown a commitment to the idea of the transformation of place at the
scale of the territory and this is evidenced in her many competitions and works outside of
Italy. This experience and skill has borne fruit in this exemplary Rigenerare Corviale
project. 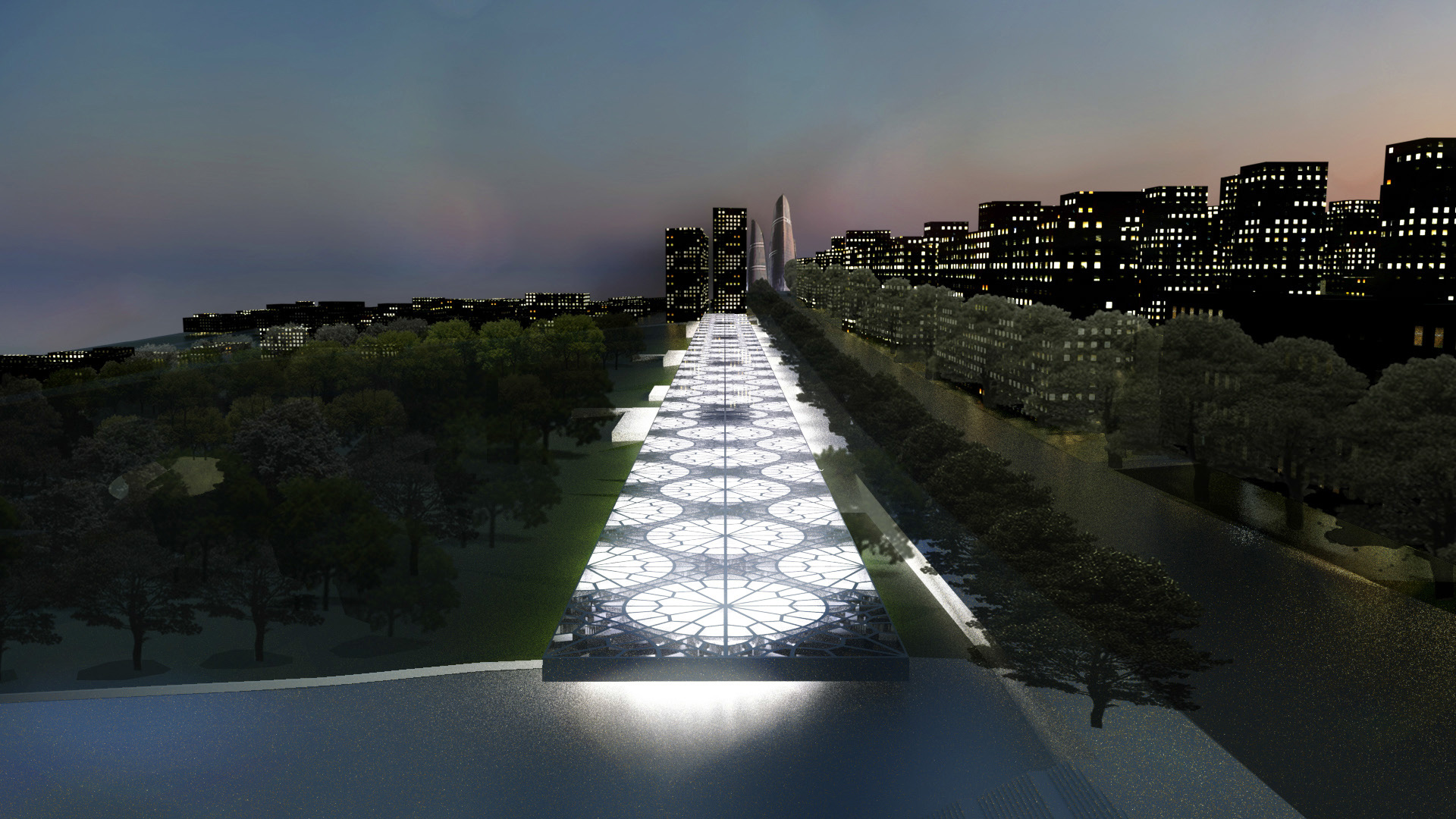