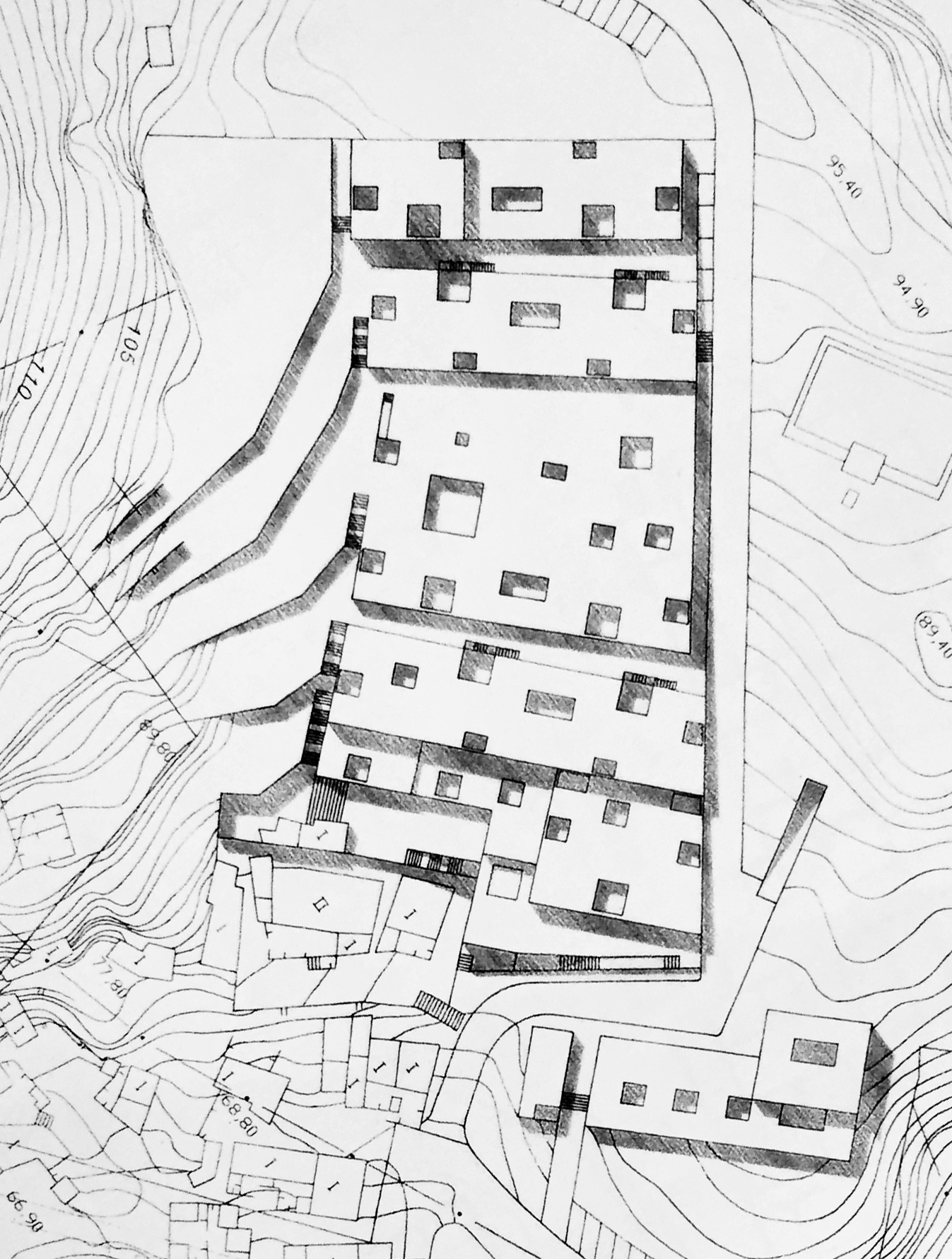 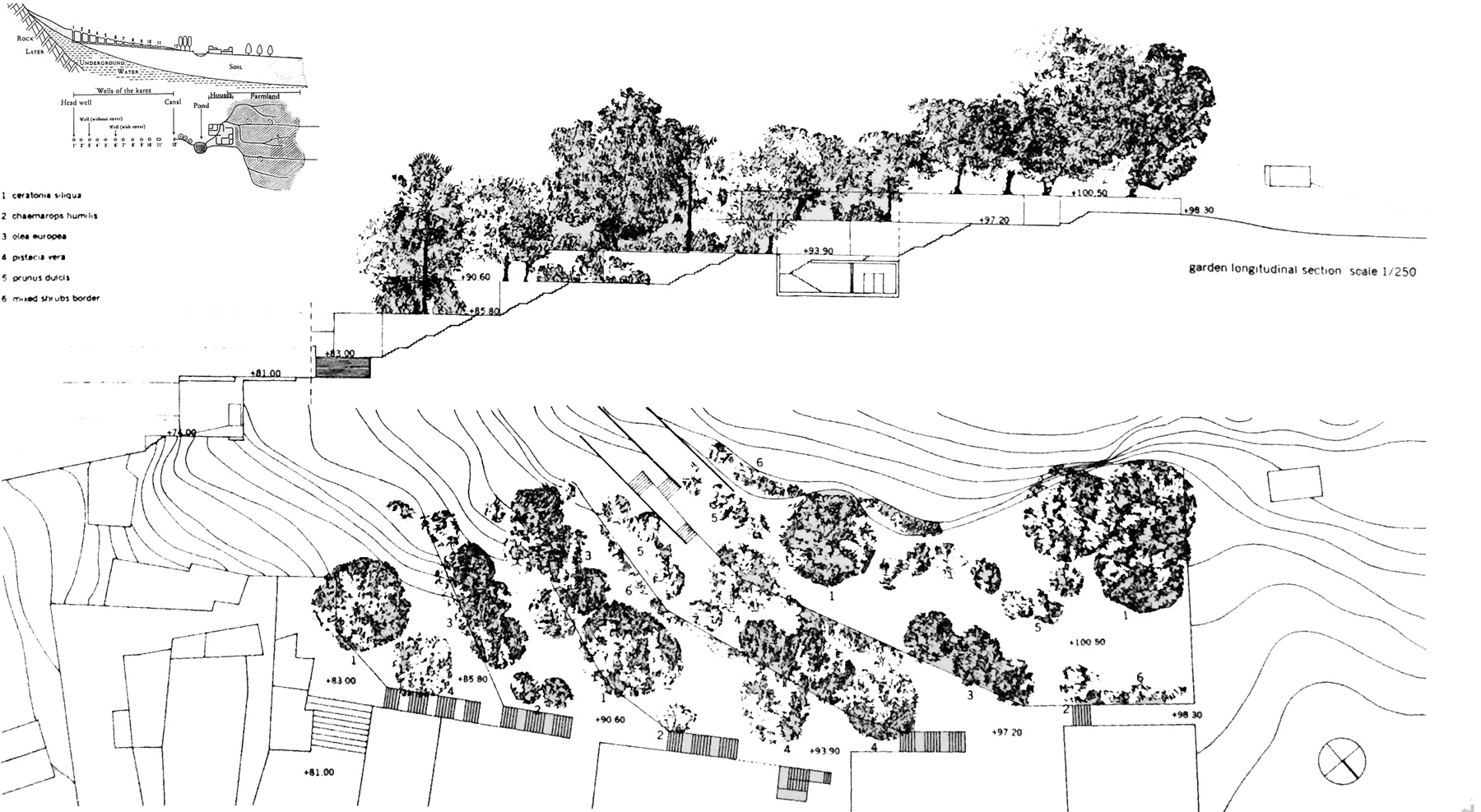 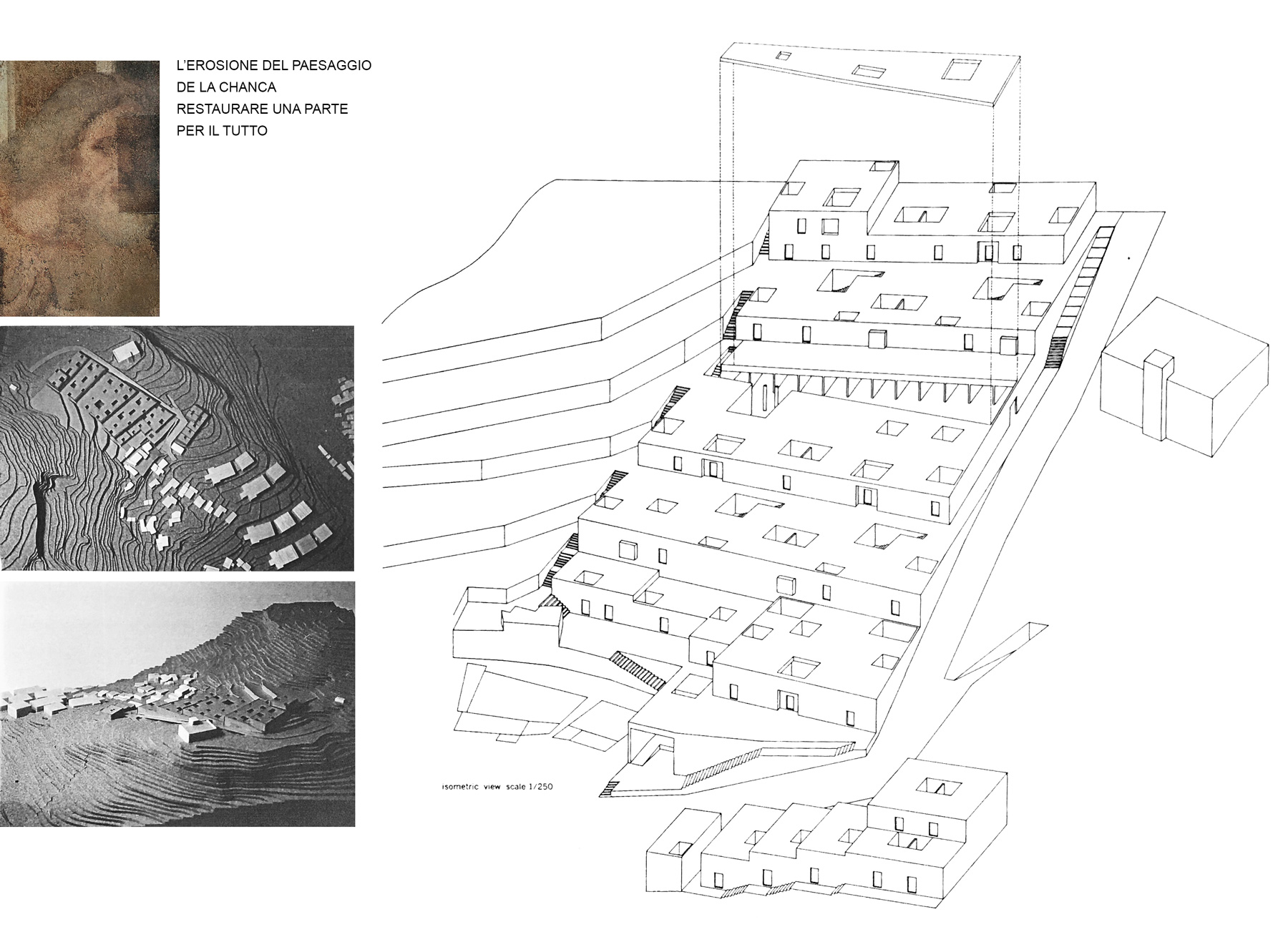 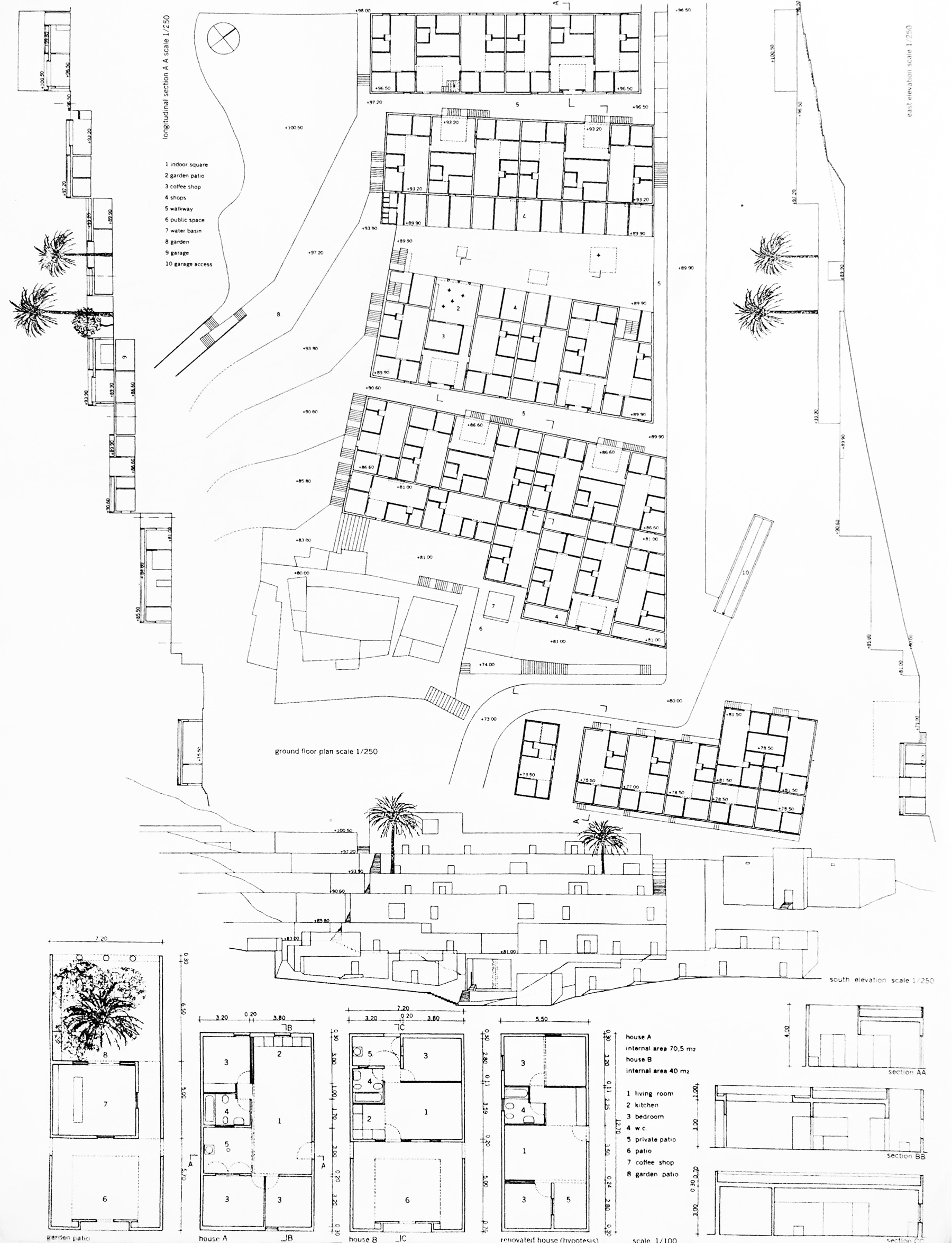 The plan of the project is a result from a careful study of the topography. The existing road has created inflections caused by earth movements. The new plan reinterprets the topography system “before” the construction of this road, following the parallel orientation of the two most significant episodes of the area, ie the height on the western side and the hollow to the east intending to preserve the profile as much as possible, a quiet and green hill.

The project proposes a restoration of the landscape through a wall and platform system that originated from the existing levels in the hill and in the intermediate slope: to the west these regularly degrading platforms form gardens, to the east there are houses whose walls in natural earthy colours and gravel/earth roofing will merge with the surrounding landscape. The spontaneous continuity of houses along the valley recovers the sense of the local type and, not being driveways, the selected type of routes maintain the character of the former pedestrian paths on the site. The transition between the gardens and the houses is made by a staircase path that allows the crossing of different height levels from north to south. If the west limit is the natural one of the hill, on the other three sides of the intervention it is deliberately a geometrically regular perimeter to cut out a portion of the landscape, a part for the whole, as if it were a real wise restoration or settlement model feasible elsewhere .